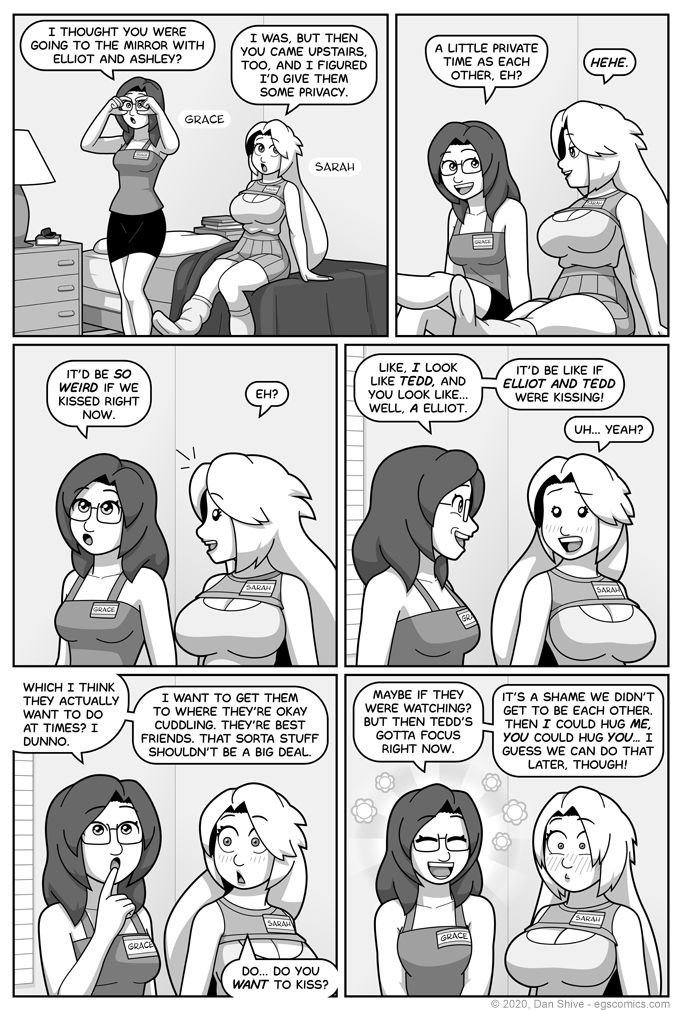 There's a chance someone can get used to Grace?

In a universe of infinite possibilities, the chance must exist, right?

In any case, how "innocent" she actually is will be a matter debated by scholars for generations.

(But the answer is probably that she gets how some people might take it at this point even if her own intent is actually pretty innocent, though her awareness probably means she's intentionally teasing some people. Probably.)

(I'm starting to doubt my own conclusions and I write this comic. Good look, scholars.)

Okay, so, the nametags, good idea, but short of making them ridiculously huge, or zooming in a ridiculous amount, they're of limited use, so... Expect some narration bubbles. I might even toss them into some previous pages, I'm not sure yet.