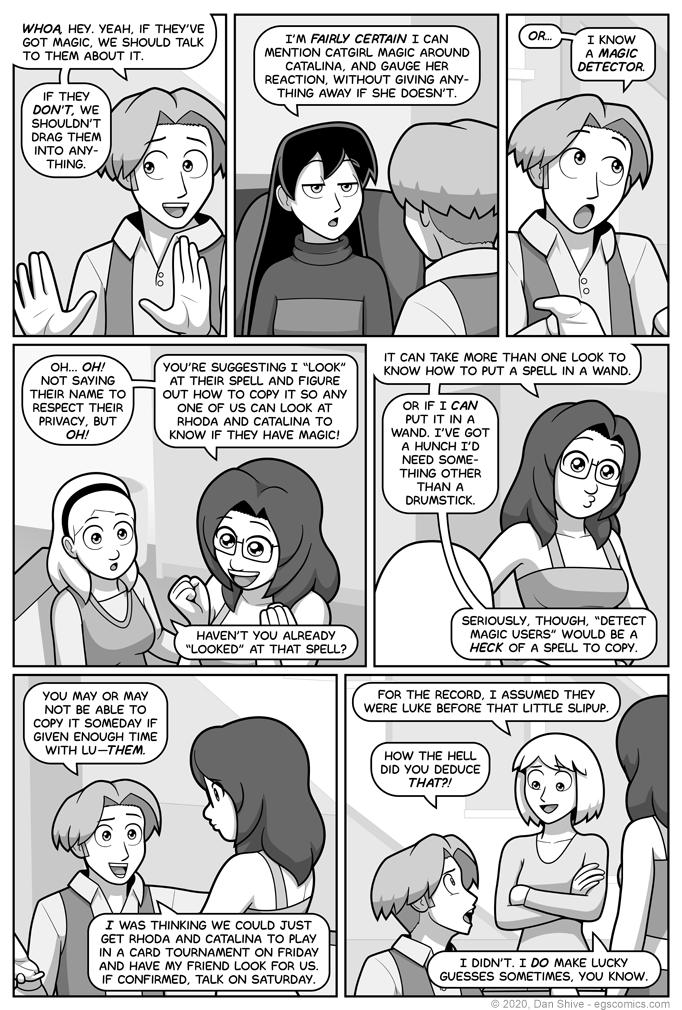 Luke represents approximately the six thousandth way they could go about this. Seriously, from a tangible consequences standpoint, the potential breaking of that wand only really served to give Tedd and Justin excuses to talk about certain things.

Okay, it not being missing and/or broken would have made confirming Justin's awakening immediate for everyone, but we already know he has.

I confess that it might not have been the best idea to stay up until nearly four in the morning to finish this page. I didn't feel terribly tired, but I clearly was, for I nearly posted this page with enough dialogue balloon errors that they might have started popping.

Oh, and Justin's dialogue in panel three was attributed to no one, which I guess would imply someone off-panel. Probably Tedd.

On reflection, maybe it was less I was tired, and more Tedd was greedy? In any case, I've heard that adequate tiredness can effectively mimic drunkenness, and I take nearly posting this page in such a state as strong evidence in support of that assertion. I plot to make a point to start correcting my sleep patterns this weekend.