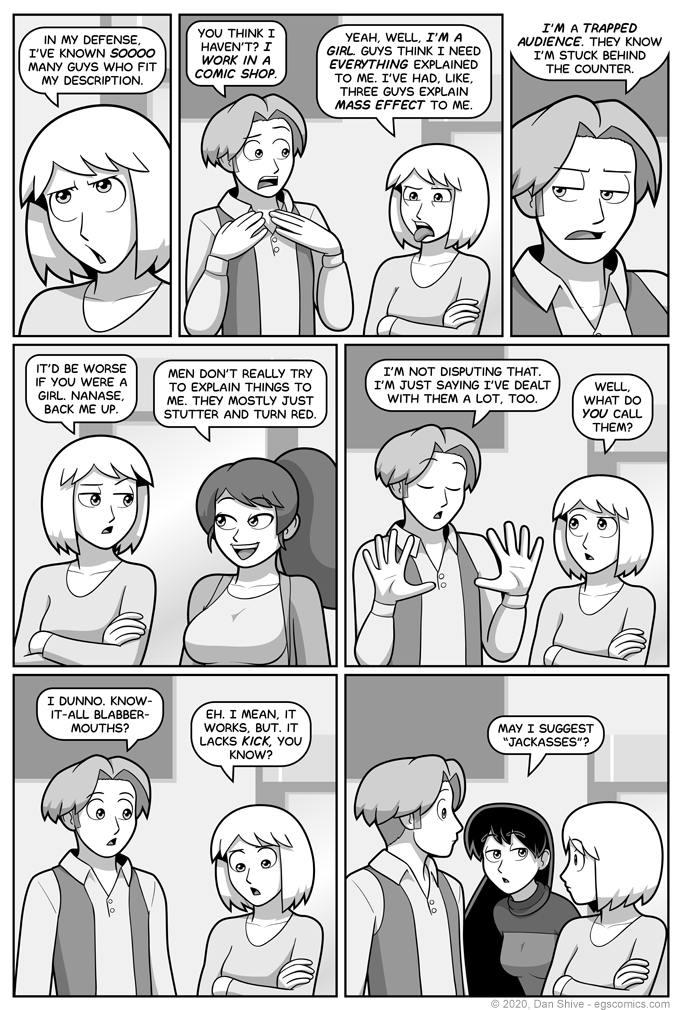 Susan respectfully expressing the likely opinion of a particular bobcat.

And of COURSE Justin and Diane are in agreement once you take semantics out of the equation!

I mean, um, semantics are sort of still in the equation, what with them discussing what to call people who act as Diane described, but... Look, you get what I mean. They're over the "nerd" confusion. Bleh.

Anyway, I like Justin and Diane bonding over speaking ill of others. It is arguable whether that's a good thing, but it's precisely how those two would bond, and it's happening.

All that out of the way, I got way too much enjoyment out of Nanase taking pride in breaking the brains of heterosexual men.

Next EGSNP Wednesday in part due to technical issues. My apologies for the delay.