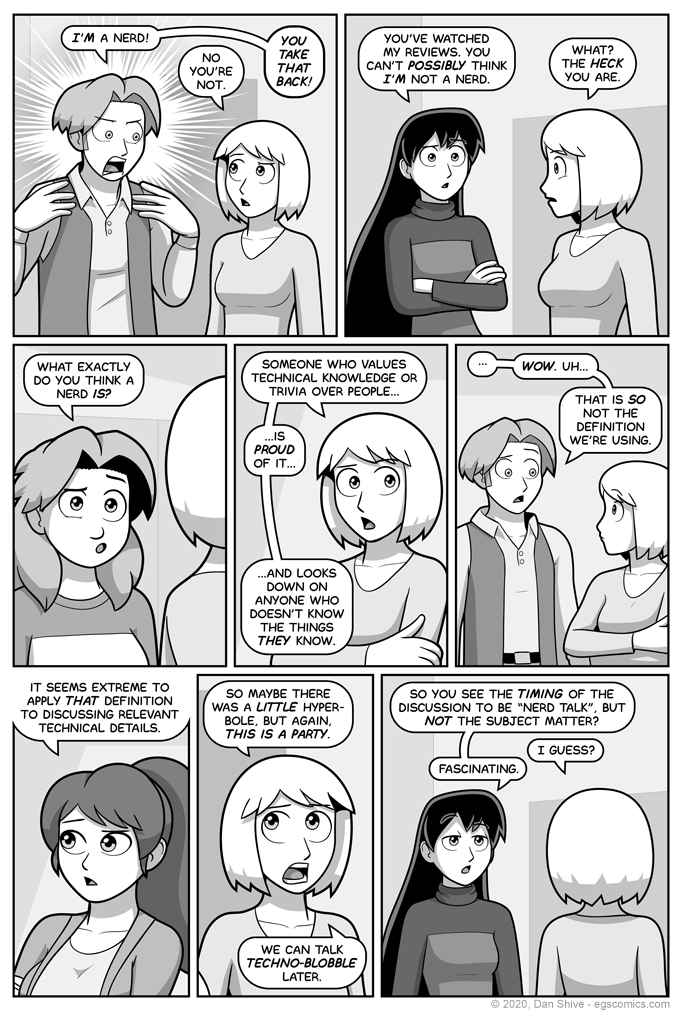 I consider it more likely, and therefore more realistic, that someone would have a "nerd" prejudice with a far less defined, well, definition. As depressing a concept as it may be, Diane being more irrational and vague would better represent more common reality.

Diane, however, is one of our regulars these days. I want interesting twists and outlooks with her, meaning probability and arguable realism takes a backseat to her being less mundane. It's more fun to have reasons for her thinking that way beyond social think and irrationality, and there are more paths of conversation to be had within the story with the perspective I've given her.

This is, admittedly, a slippery slope in fiction that often keeps stories from accurately representing real world prejudices. Stories like to have clear character motivations and reasons for things, and there's a tendency to portray prejudice as being way more rational, and easy to resolve, than it deserves.

I'm obviously aware of this, however, what with my ranting commentary, and I have a bunch of lovely lampshades lying around, so I will be acknowledging that in some way before we're through here.

Speaking of lampshades, check out the catalyst for this conversation being Diane calling something "nerd-talk" when it didn't really fit the definition of nerds it was used to reveal. Call me prideful, but that's some mighty fine lampshadery right there.