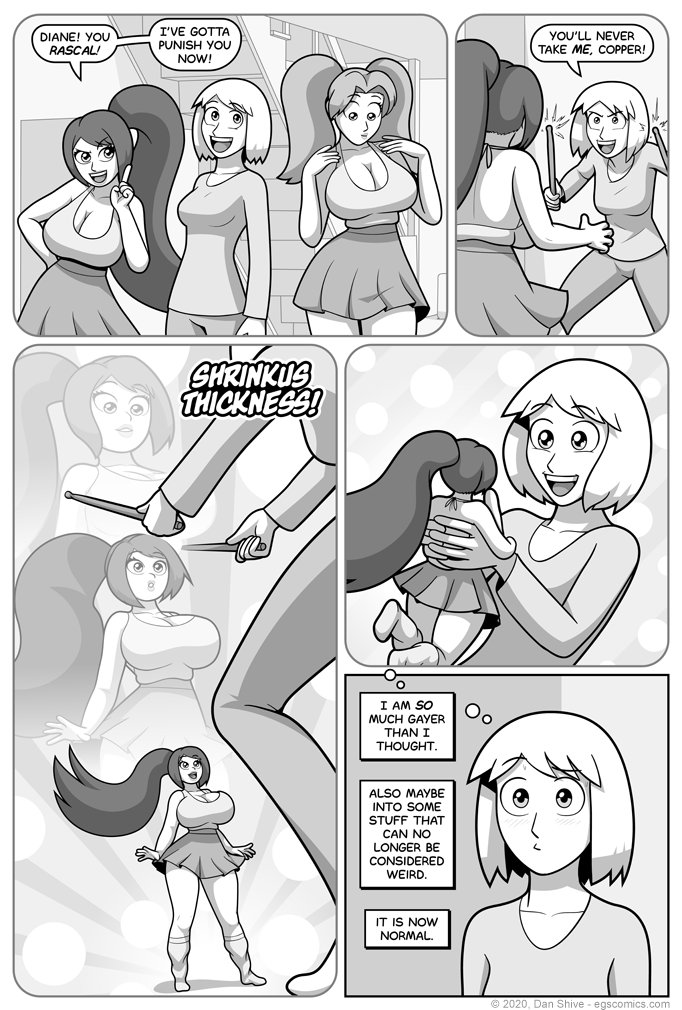 Inking this comic was taking me forever until I started listening to music. Then it went absurdly fast.

I really, REALLY need to remember I work that way, but I guarantee I will forget.

Pretty much how "normal" gets defined

Diane's first thought in the last panel was originally going to just be something she vocalized when Elliot went over to the sofa. I decided that, no, Diane is NOT going to effectively announce to everyone that she thinks female-Elliot is hot.

I mean, Diane, juggling? I don't think so.