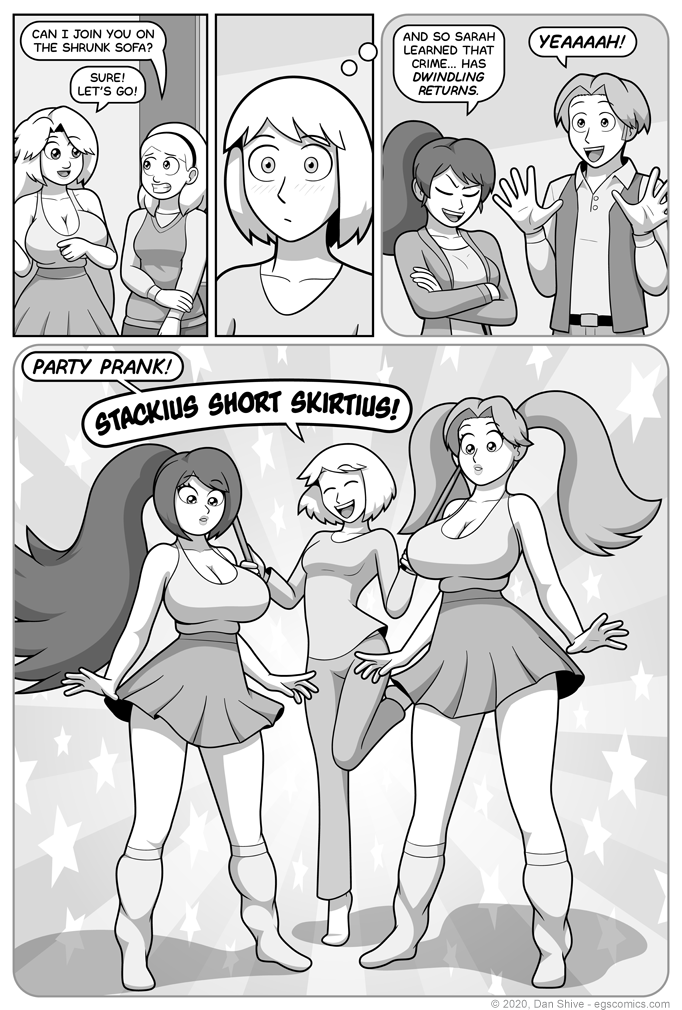 In case you're wondering, that's not even poorly translated Latin.

At least, I assume it's not.

I made the mistake of making panel four first and putting a bunch of extra effort into it (did I need to figure out the configuration of stars using 3D models? Probably not, but I did), only to have to draw the first three panels afterward.

My brain was just like "I'm sorry, but you already used your artistic drive for the day. Please return tomorrow."

And I was just like "I need this done before tomorrow."

And my brain was like "Yeah, good luck with that."

A bit of a show

I hadn't originally planned on this fantasy sequence. I had just planned on Diane saying something (which she's still going to say) in response to seeing all this with Elliot. So much else happened, however, that I realized it was no longer really clear what exactly she'd be responding to. It wouldn't exactly be the puzzle of the century, but it was rendered awkward, and not in a fun way.

So here's a fantasy sequence to show it instead of telling via additional dialogue. Yay.

I initially planned to have Nanase and Justin both wind up Elliot's height. I decided that was less interesting than applying similar relative proportions to different heights.