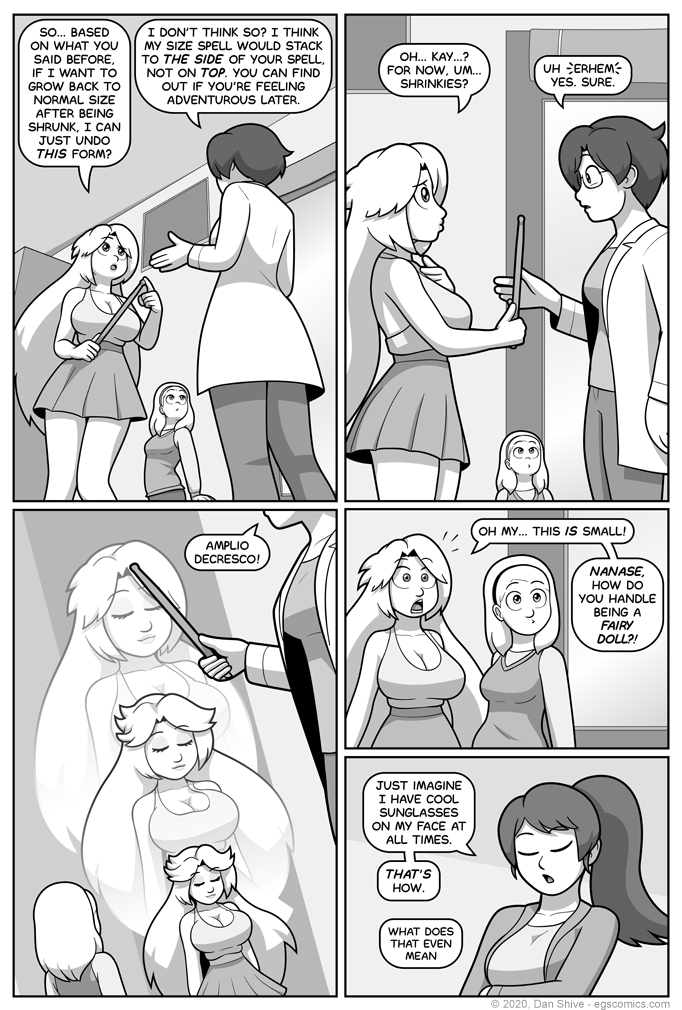 I like the idea of order of enchantments mattering sometimes, but not all the times.

"Is this going to be abused as a convenient plot point eventually?"

I sure hope so! It's possible I'm just being dorky about my own magic system for now, though, and/or enjoy confused Elliot.

Panel four asks an obvious question that I was ready to ignore due to an obvious answer: "because Nanase took for granted that her real body was separate and safe".

Except that's not much of a real answer, because SURVIVAL INSTINCTS DO NOT WORK THAT WAY. However, people can get used to things, and Nanase presumably tried it out a bunch under very controlled and safe circumstances, and felt more confident by the time she actually interacted with anyone while in the doll form.

Actually, I guess there is an obvious answer: "She got used to it". Theoretically obvious, anyway, as things that are obvious usually are.

Panel four also shows that Sarah did wind up proportionately shorter than even this form of Elliot.