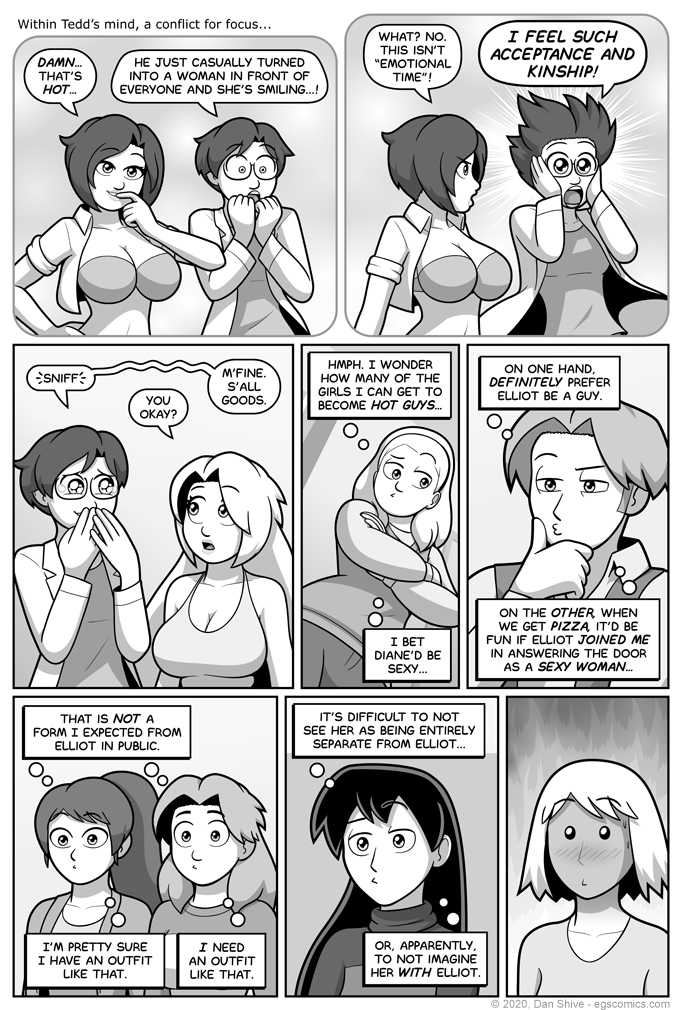 I've noted this before, but I enjoy how much of a group clown / troll Justin can be when he's not dealing with things that make him angsty.

Were I to allow visuals and the indulgent exploration of tangential thoughts, complete with visuals, I could easily average a page for each character's reaction to Elliot transforming. I'm quite certain of this, as I prepared for this page by writing out various thoughts they had beyond what's in the comic itself, and there's a lot to work with.

Pacing is a thing that exists, however, and there are a lot of characters reacting, so one-to-two pages it is!

One thing of note I like is that unabridged Susan pondering included thoughts of how she might actually like to see Elliot transform, which would be him growing a small amount. She conceded, however, that what she'd really like would simply to be a bit shorter herself.

Nonetheless, this line of thought would have resulted in her imagining present Elliot with a taller and bulkier version of male Elliot as opposed to simply being with normal male Elliot.