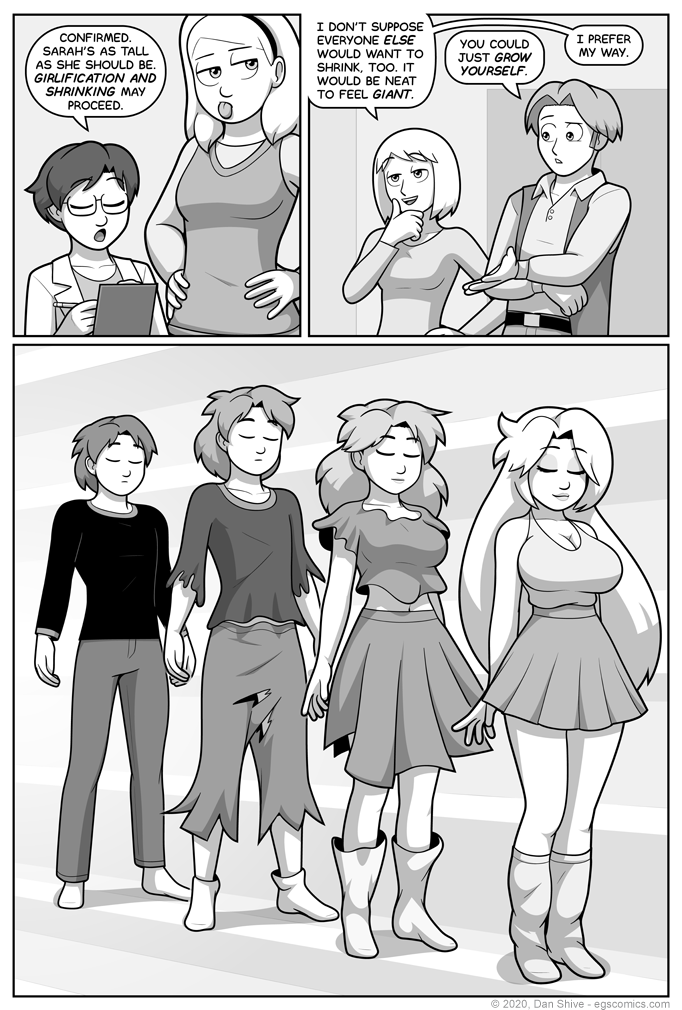 I've joked elsewhere about Diane's approach to transformation (in which she'd rather just have everyone else transform), and I might've mentioned it in a commentary, but I'm thrilled to establish it a bit in proper comic canon.

Diane grow to feel like a giant? No no no. She's happy and lovely as she is, thank you. She just wants to FEEL big. Everyone else get small.

Of course, WERE she to become giant, she would wear it well. Obviously.

This comic was going to have more panels, but then I realized I wanted to show off both Elliot's transformation and the final form head to toe, so... Yeah, that demanded quite a bit of panel estate.

(And if the transition between panels two and three seems a bit abrupt, guess which two panels were drawn, and I wanted to keep, before I reached that conclusion! But it's fine. Elliot's transformation abruptness is simply canon now.)

I also wanted to show the final form zoomed in a bit, and the height difference between start and finish couldn't naturally be shown side-by-side if done that way.

Well, where I hope they come into play, anyway. If they did their job right, then no explanation is needed as to how they helped convey the height change.

For further reference, however, Elliot is meant to basically have Ellen's height and figure in the second-to-last step.