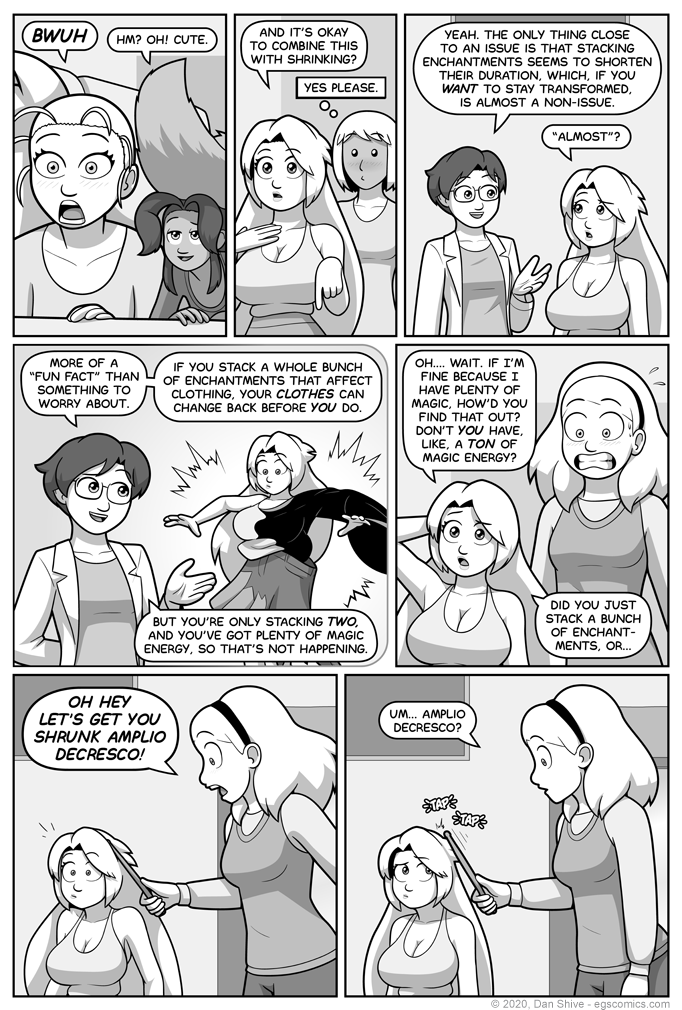 "Sarah, are you sure you want to be giant with figure modification, a cat form, and a different outfit?"

"Sure! What could possibly go wrong?"

That's just a hypothetical, but it's a possibility.

There's also presumably a limit to how many stacked transformations can be kept going by the power of "because I want it", but it's not like Tedd doesn't have a long way to go still in testing all this stuff.

I considered have Ashley's tongue sticking out comically in panel one, but it didn't seem properly in character for Ashley. Granted, were it timed differently, like an immediate reaction shot, I could see that working, but that panel comes after a bunch of other reactions, so it didn't work for me.