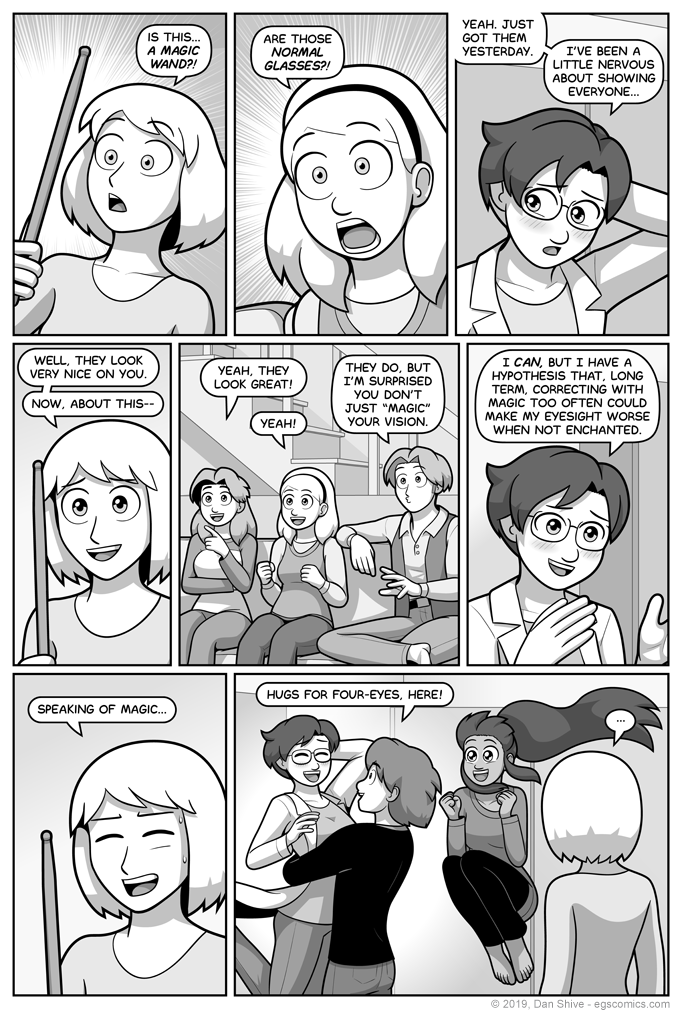 You can judge Diane all you want, here, but I'm pretty sure we'd all be feeling a bit impatient in her shoes.

The day after I finished the previous page, I acquired a pair of drumsticks for my own reference convenience. This might seem odd, with the potential counterpoint of "they're basically just sticks", but I wanted the reference for posing purposes. How might they be held in this context, what poses might feel natural with them while treating them like magic wands, what the heck does one's hand look like while holding them at various angles, stuff like that.

Also, it's fun to have them. Whoosh magic drumsticks zap kapow...!

It took all (well, some) of my willpower to not have Tedd elaborate in panel six. The specifics of how it works in my mind, and why Tedd has this hypothesis, are a bit weird, but they're based on a system of magic and physical transformation that is also weird, so that's pretty much to be expected.

Ultimately, the exact technobabble is less important than the fact that Tedd believes that to be a possibility, but it will probably be called for eventually.