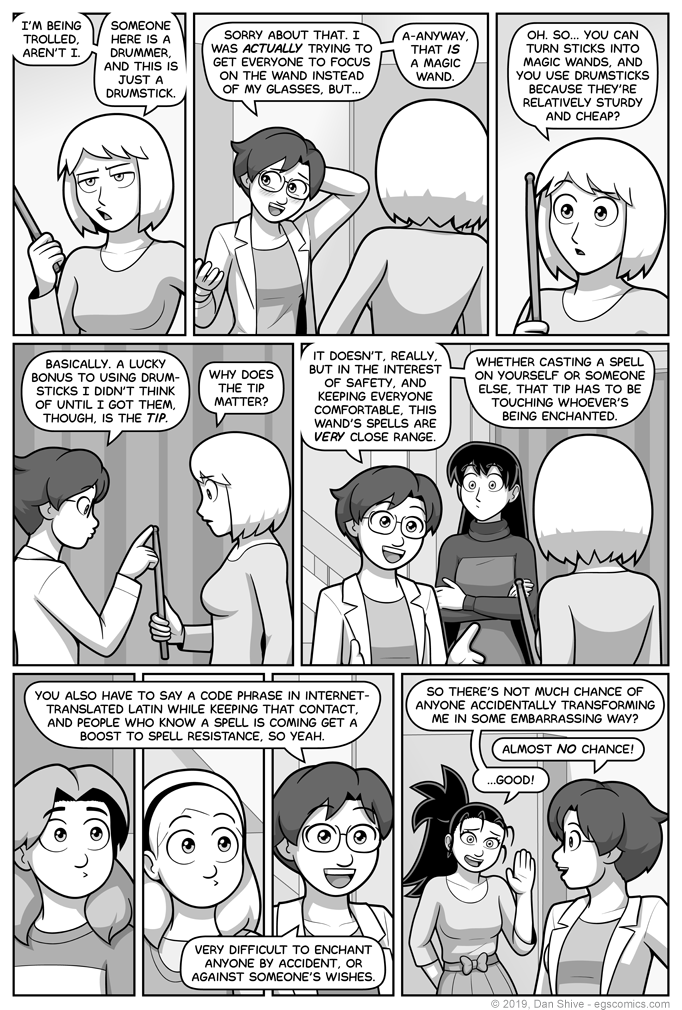 "This thing is important!"

"What's so important about it?"

WRITING! In all seriousness, though, so long as one end of the stick tapers or something, that's all you'd need to know you're touching something with the right part of the wand. That said, Tedd, would definitely be thrilled about the shape of drumsticks in this context, and I agree wholeheartedly.

As I've mentioned, the drumsticks were a last minute decision, and I was originally considering wooden cylinders (which I now know to call "dowels"! Yay!). This might make one wonder what the range was originally going to be, and the answer to that is simply "close". I like what we've wound up with a lot more, particularly given what Tedd was going for.

Incidentally, more people than I expected were totally on Diane's side after the last page. I'm so used to people liking the huggy stuff that I thought I needed to defend Diane, but no, many would definitely be just as eager to hear about the magic wand they'd just been tossed if in her position.