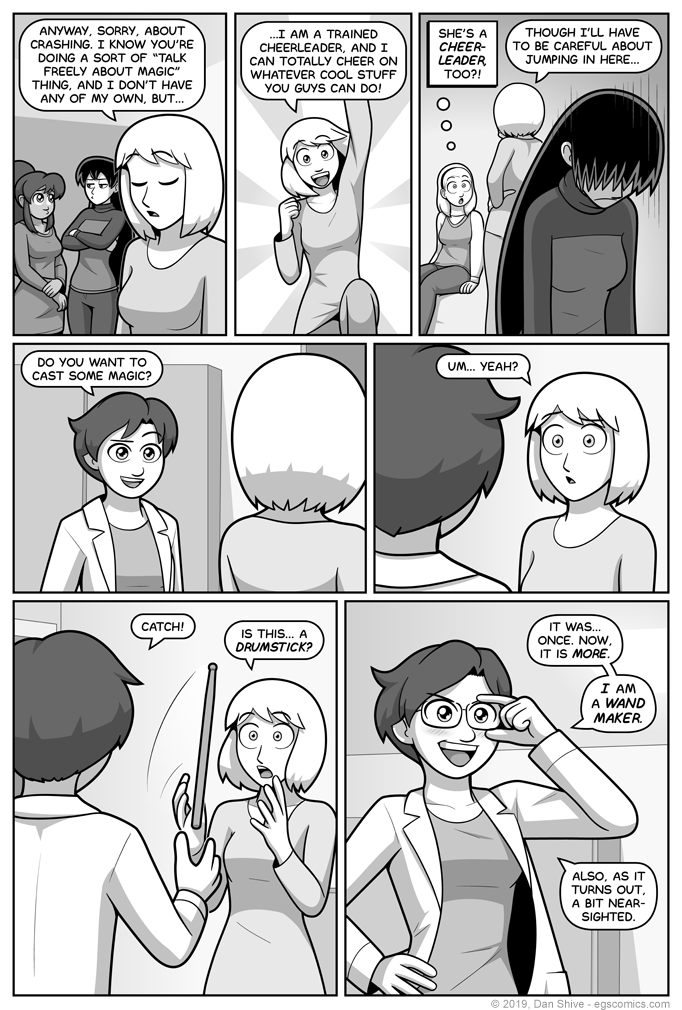 Panel three took all of the artistic licenses for itself to show just the characters I wanted to show where I wanted to show them without a bunch of additional clutter, AND THAT'S OKAY. I think. That might not be objective fact.

I've contemplated given Tedd actual prescription glasses for a really long time, and, obviously, I've decided that time has come.

...That's it. That's the commentary on the glasses. For now, anyway.

The drumstick choice was a very late idea, and took the place of ANOTHER very late idea. I wanted something plentiful and relatively inexpensive Tedd could use for wands, and I initially considered just nondescript pieces of cylindrical wood that I assumed one could acquire from a store with lumber and tools and such.

After looking for those in real life and failing to find them (how is there not a demand for useless pieces of cylindrical wood?!*), I wasn't sure what I was going to go with. Then I saw a pair of chopsticks, and thought "there. Nailed it. Tedd could get tons of those, easy."

Shortly after that, I started wondering about drumsticks, and learned they're not super expensive, either. I mean, maybe really good ones are, I don't know, but I know Tedd could easily get several, and they're better than chopsticks for story reasons because they're bigger, sturdier, and more dense than chopsticks.

(That noted, Tedd, what are you doing, just hand it to her).