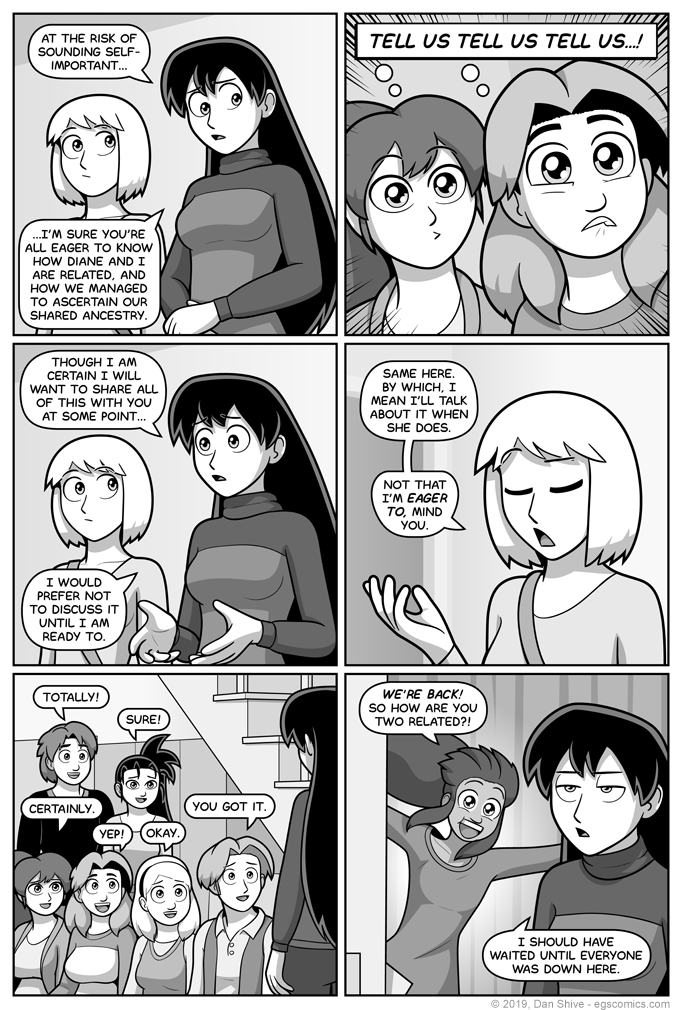 Me - "Darn it, Grace and Tedd aren't downstairs yet, and I want Susan to address this right away."

Also me, doing an Emperor from Star Wars impression - "We can use this to our advantage..."