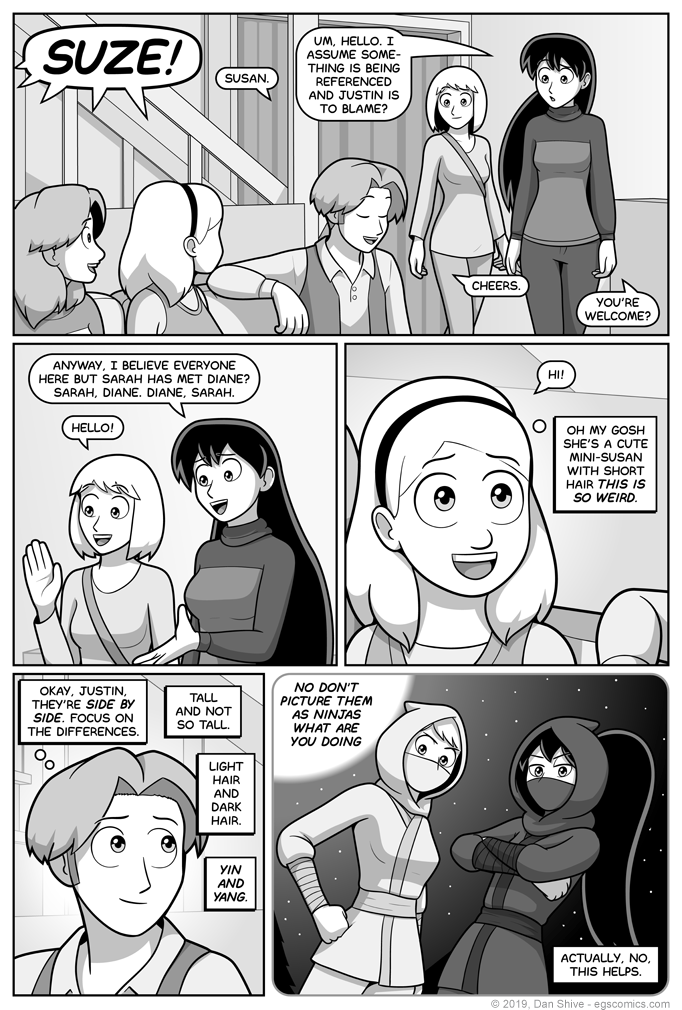 Ninja Diane and Ninja Susan are equally stealthy, but this is only because Diane insists on wearing light colors that compliment her hair and eyes. Given just how poor Diane's outfit choice is, the fact that they are equals actually says more about Susan's stealth skills than Diane's.

I had planned on leaving this page with Justin's "what are you doing", but that was before realizing that, yes, imagining them as ninjas in contrasting outfits would totally and obviously help Justin differentiate the two.

Cheers was filmed in front a live studio audience. It was also an American sitcom between 1982-1993 in which a character named Norm was greeted enthusiastically with "Norm" by everyone but a character named Diane when he entered the titular bar, who instead said "Norman".

And yes, our Diane was named after that Diane, though our Diane is quite different, and was only named after Cheers Diane because I had a sitcom naming theme going with Diane, Rhoda and Lucy.

Also, "cheers" can mean "thank you", and of course Susan's mind went there first.

And no, I will never assume everyone already knows these things new people are born every day AND DO YOU KNOW HOW BIG THE WORLD IS it's HUGE!