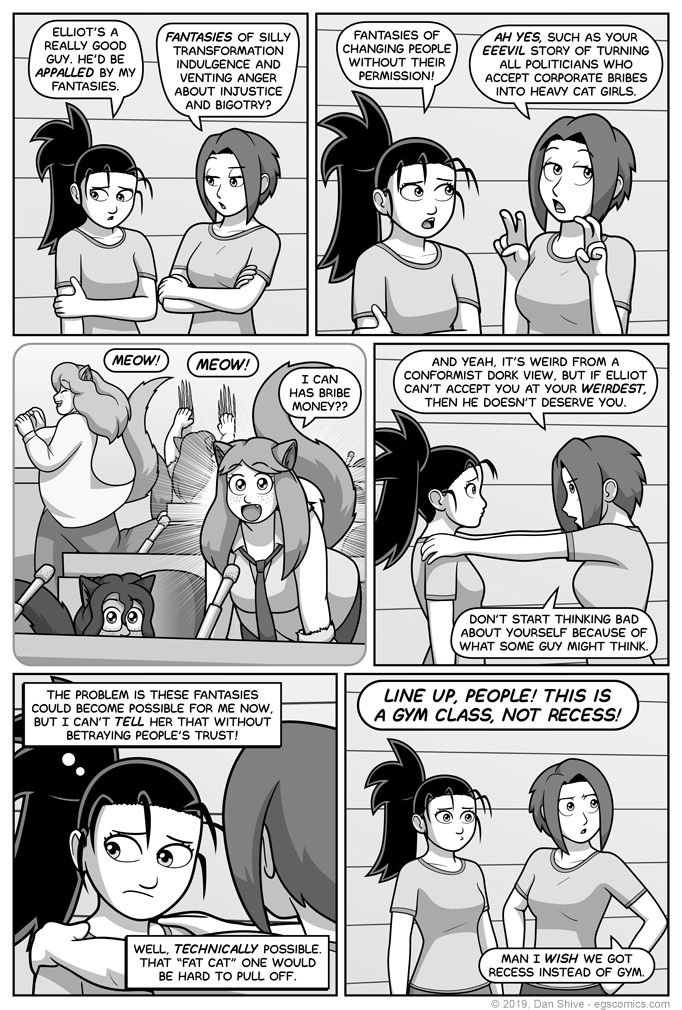 I genuinely didn't plan to draw a fantasy cutaway to Ashley's story in this comic. What happened was I wrote the comic, was smug in the knowledge that I'd written quite a few comics ahead, and went to bed on Saturday.

Then I woke up Sunday and realized I'd somehow only written five panels for this comic.

Now, with some pages, five panels is enough, but that's generally not the case when two characters are just talking like this, and everything I could think to add to their conversation was redundant and made the page worse, so... Yeah.