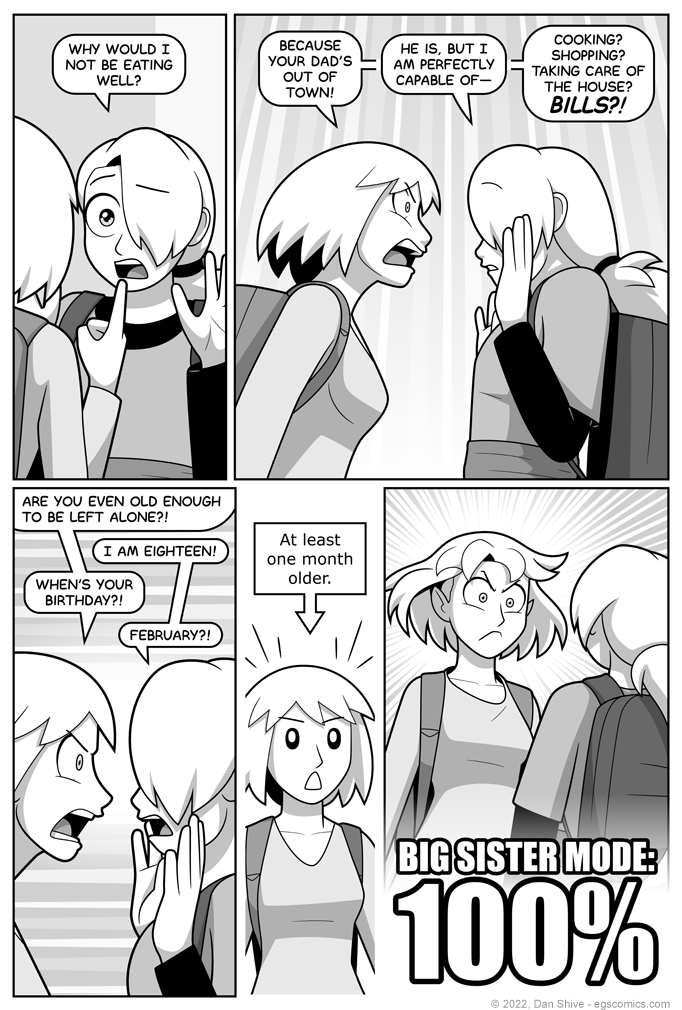 The last panel originally said "Big Sister Mode: Activated". Given the buildup to that moment, however, it felt inaccurate. She was already in big sister mode. It had just grown in intensity.

This DOES have the side effect of making it look like a Mob Psycho 100 reference, a show in which someone's emotional state reaching 100% is, um... Significant, to say the least, but that wasn't the plan.

Another wording difficulty I had here was that I tend to think of Diane as having strong maternal instincts, but it would feel weird to use the word "maternal" here.

In some ways it wouldn't be, as I mean maternal in a "mom-like helpfulness and concern" way, and not a literal "she is someone's mom" way, but it still felt like the wrong word choice to describe her wanting to take care of her adopted brother.