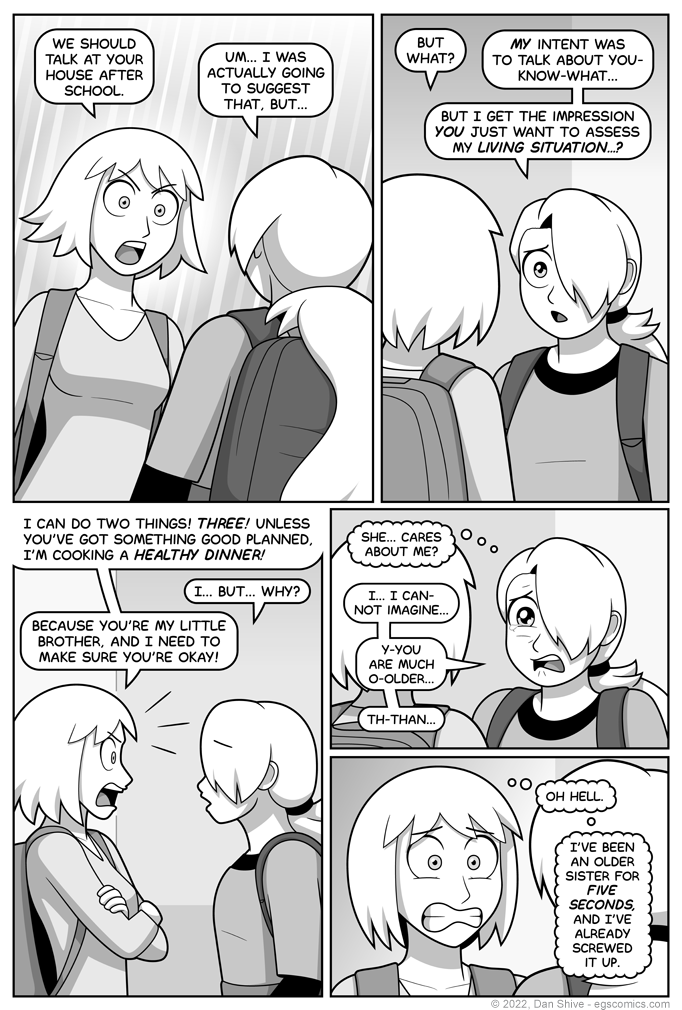 To clarify something from the previous comic, by "at least a month older than Noah", I meant at least thirty-one days. If rounding down to the nearest month, she's at most one month older.

Don't worry, Diane. It's your first day on the job. Just think of what your older sister Rhea would do!

"So I should... endlessly tease Noah?"

Okay, maybe don't think of what Rhea would do.