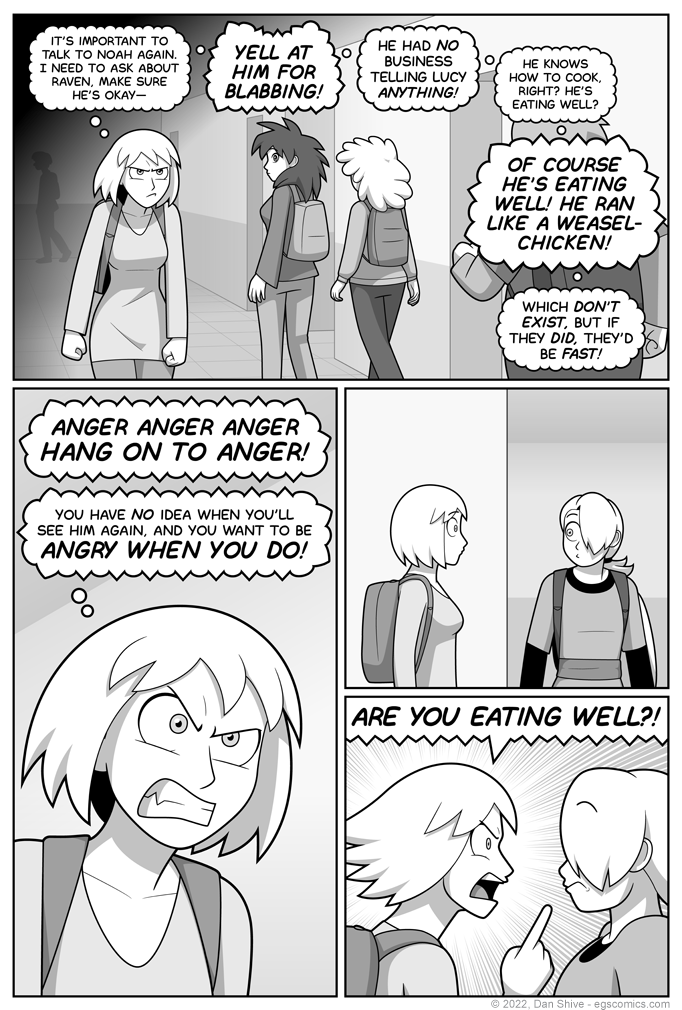 "Okay, I need to figure out how Diane is going to talk to Noah again. This is very complicated. I've spent days upon days sorting out very convoluted scenarios in which they can find one another again, and--"

"Excuse me, me, but do any of these convoluted scenarios matter?"

"Um... Not really. They're a means to an end. Some of them include tangential foreshadowing, but..."

"In that case, why not just have them run into each other naturally? They go to the same school."

(Looks at several separate scenario flowcharts) "But I have charts."

"And I understand that, but you're basically suggesting filler, and that could confuse and distract from the actual story we're telling."

"So... No fighting a giant crab while in a mech suit?"

And THAT'S where a lot of my writer's blocks come from: Me simply trying to get a character from point A to point B. Sometimes there really does need to be an explanation, and other times it's just... REALLY not that big a deal. They can just go to there, or run into that person. It's FINE, ME.

Anyway, that wasn't a hypothetical, and this scene took way longer to write than it should have.

Also, I'm not sure why I decided the shape of that second thought balloon needed to be weird, but I stand by it.