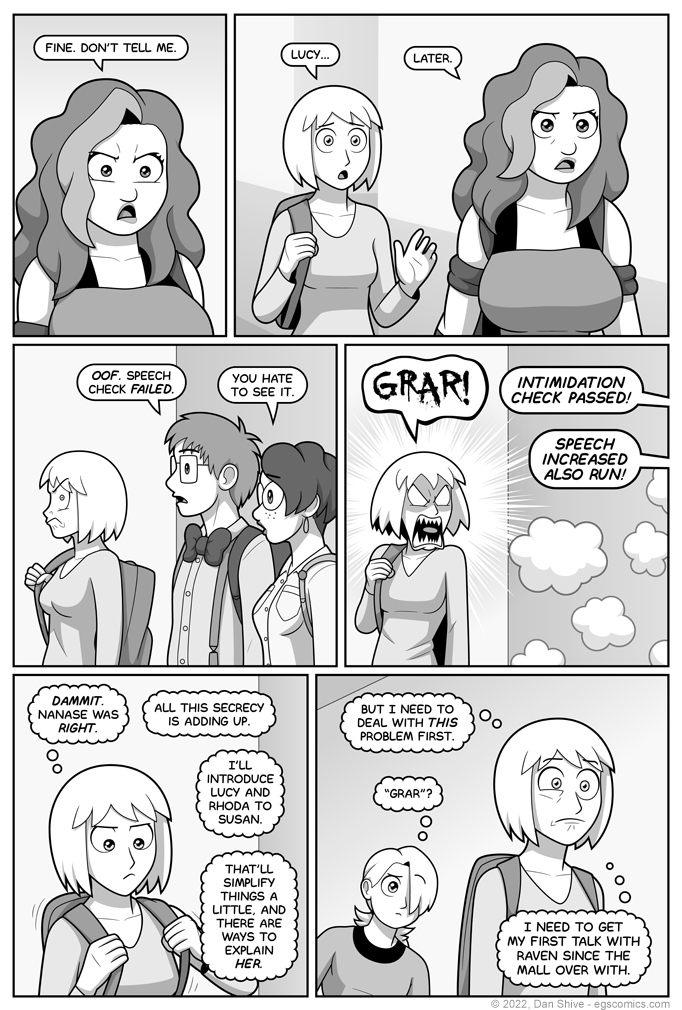 I'm taking Monday off next week. I originally wrote I wasn't 100% sure, but after getting a reminder of a dental appointment for next week, that tipped the scale.

This should result in better writing, though! One reason I was contemplating the delay was because it took me longer to sort out this storyline than expected, and I'm still sorting out some writing for it.

Also, the first three pages each took longer to draw than average, so... Multiple things adding up.

As for this actual page...

- Noah talking to Raven in middle of Sister 3

- Noah rehearsing talking to Raven about calling him "Dad"

- Noah talking to Raven towards end of Sister 3

There's a lot more that can be referenced with Noah, and with that in mind, I will reference it as relevant. I will also note that he was in a lot of New And Old Flames, however.

Say what you will about Diane (and there's plenty to say), but she's immediately on her way to do something she really does NOT want to do in an effort to make things better with Lucy.

Granted, that might not be what she SHOULD be doing, but she's trying in her own way, darn it.

The nerds are actually plot relevant, for it was they who caused the attention-getting "grar".

Original potential delay message: I might need to take Monday off next week. I'm not 100% sure at this point, but I consider it likely, so I felt I should go ahead and mention it here.