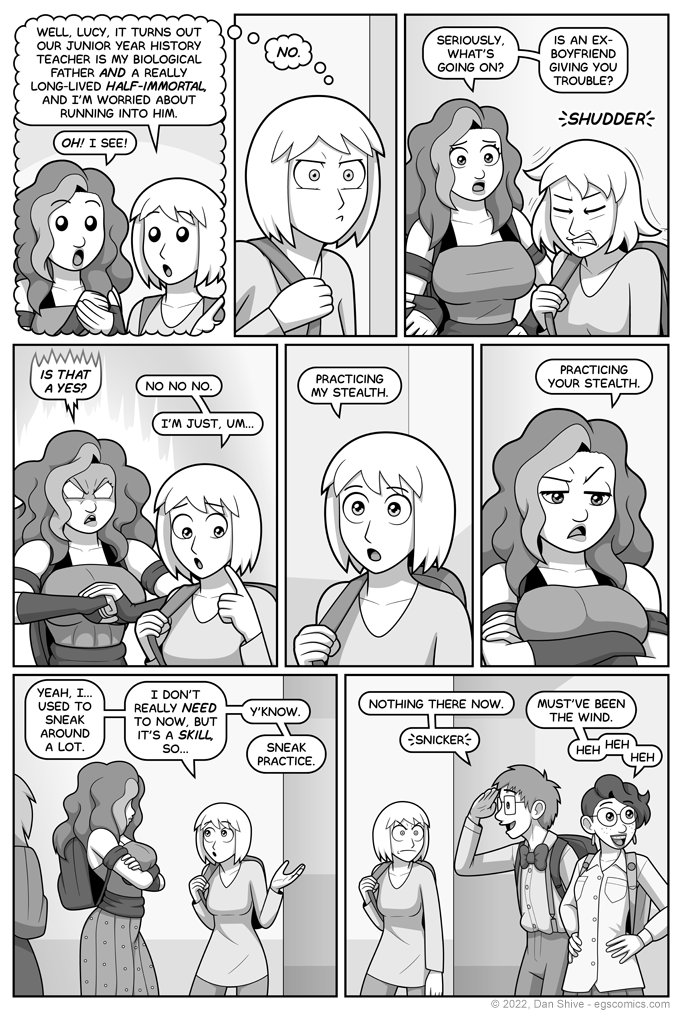 Note to self: Make the next page four panels or fewer, and populate with stick figures.

And they're referencing stealth mechanics in video games, and enemies saying something must've been their imagination or whatever even after getting hit with an arrow!

Unlike the cartoonist, who would never make such references, and who is most certainly not a nerd in any way!