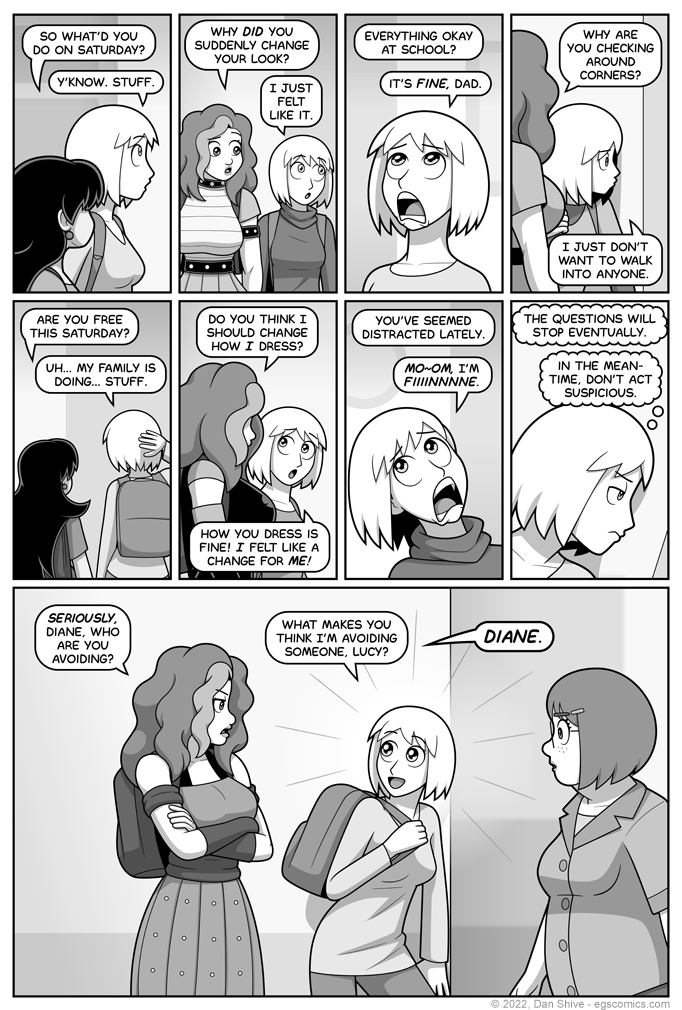 Here's the main why I opened the storyline in a flashback. Beyond it being the point at which Nanase would have naturally had that conversation with Diane, I wanted to show several incidents over a period of time demonstrating how wrong Diane was.

Which was a choice I briefly regretted when I realized how many gosh dang panels I would need to actually do that on a single page, but it turned out to not be so bad. It took longer than normal, but not by a catastrophic amount of time.

In any case, we are now in what the comic considers the present.

That extra person in the last panel is just there to make the hallway seem less empty (I also originally planned a silhouette in the background hallways, but it looked too busy), and is a teacher who was briefly seen in the EGSNP storyline Jestful Statement.