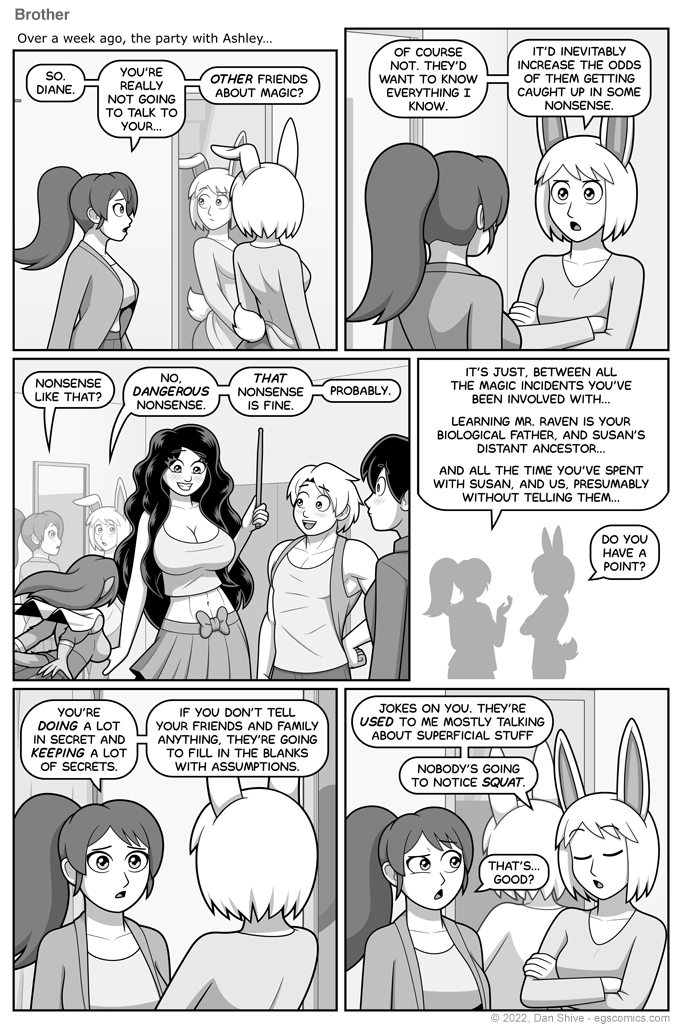 - Bunny Diane and other nonsense (page following the previous reference)

Shockingly, a storyline named Brother in this comic isn't the start of a multi-part story arc of doom.

Back to the past

I originally planned to set up this storyline via narration. I like narration, it's often efficient and fun, but there were several issues with it here.

I instead decided to go back in time to do a bit of recap via Nanase, who certainly would be the person to point out potential issues with keeping secrets.

AND BEFORE ANYONE PANICS, this storyline isn't jumping back and forth a lot in time. I just needed to go back a bit to start, and the next page will make evident why while also catching us up to the present.

After deciding to time travel, I had intended to simply draw Diane normally. Imagine my surprise when I checked on how things were at the end of that party arc, and discovered Diane was last seen with bunny ears.

Not that I'm complaining, it gave me an excuse for Diane to be by that mirror, but it was one of those "oh yeah, that happened" moments.