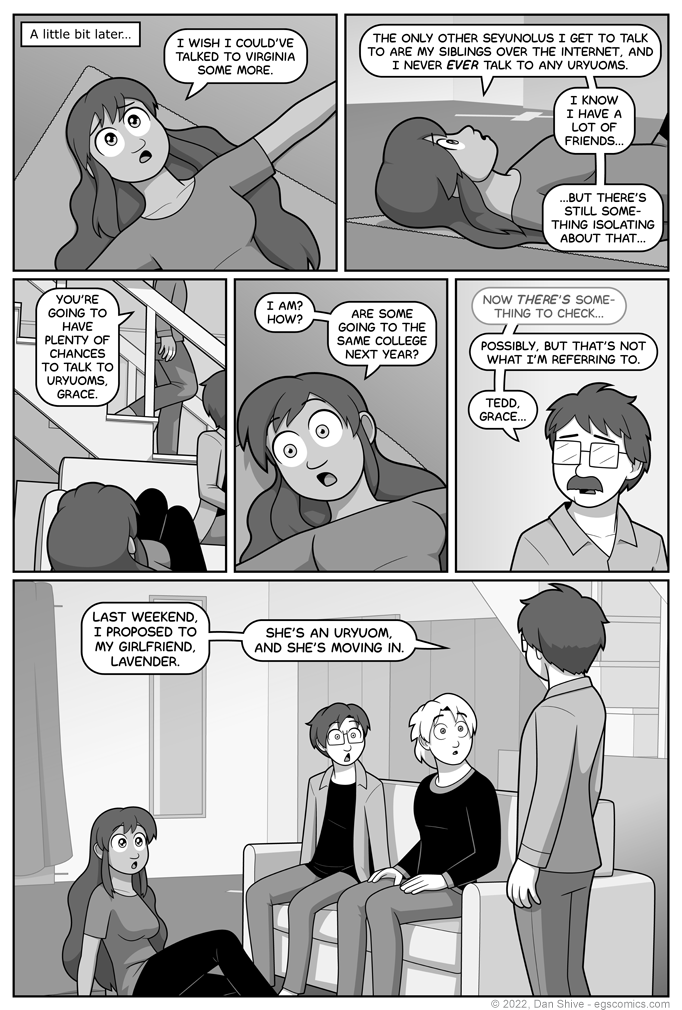 - Mr. Verres asking Lavender if she'd "be up for having a house guest" before the previous weekend

Oh hey, a plot point I set up several years ago. How's it going, plot point set up over three years ago?

Full disclosure, I can't recall exactly when I decided on the engagement. It might have been well before the page with Edward asking Lavender about being a house guest, or it might have been after.

I am certain it was before the party was over, however, as I had Edward not being sure when or how to tell Tedd in mind during the last pages of the most recent party arc.

That said, I think it turned out okay, and am now going to ignore any and all feedback that might not agree lah lah lah I CAN'T HEAR YOU

Anyway, I was tempted to have Edward say "and Elliot" under his breath.

This would have been Elliot being awkwardly mentioned just because he's there, but Tedd and Grace being focused on because Lavender is moving in with them, and this news is mostly relevant to them.

I decided that was unnecessary, however, and stepped slightly on the reveal, so Elliot doesn't get mentioned as an afterthought by Edward.

Sorry, Elliot. Maybe next time you'll be mentioned just for being somewhere.