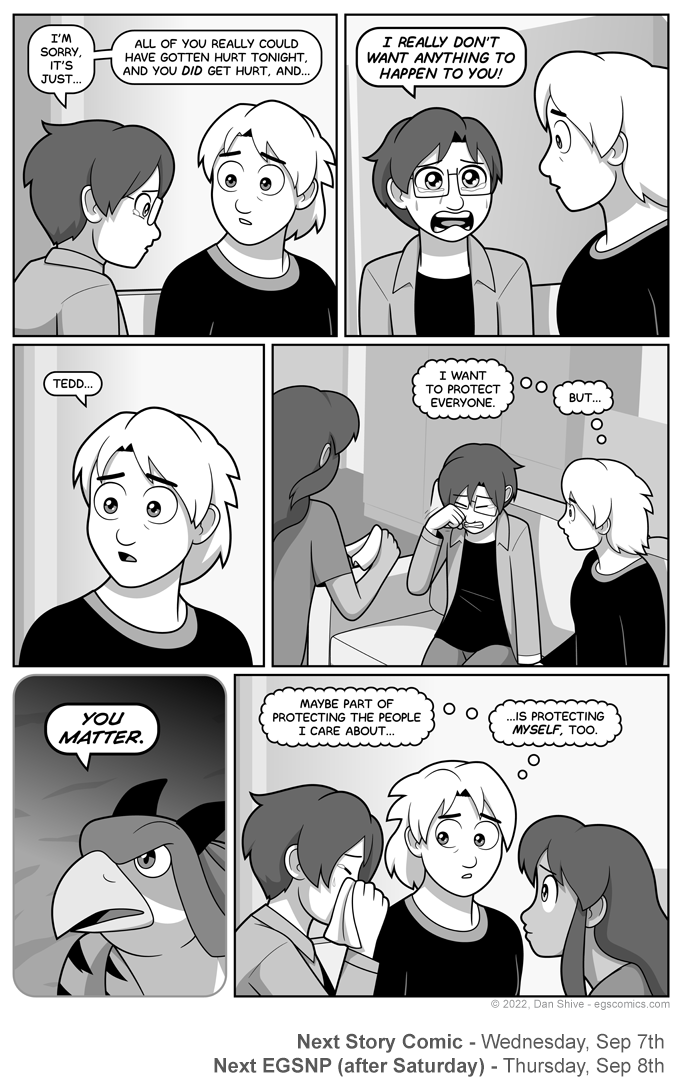 As mentioned in the previous commentary, I'm taking next Monday and Tuesday off again. I'd hoped to avoid this, but unfortunately, I feel it necessary. I am sorry for this delay.

I found getting to this point difficult to write. To get this moment, I needed Elliot to say something that would upset Tedd, but so much of what I thought of was too on the nose, or even out of character.

Elliot's willing to get hurt in order to protect others, but it's not like that's his goal, or he doesn't care about his own safety. Some of what I was coming up with veered into that territory.

I decided to stop trying to shoehorn in a prompt for Tedd to get upset about, and moved on with Elliot exploring what he might have done differently.

I reconsidered whether a non-villain Cheerleadra could have done anything, and reached that conclusion about getting swatted like a bug, which naturally gave Elliot something to say that would upset Tedd.

That happens with brainstorming sometimes.