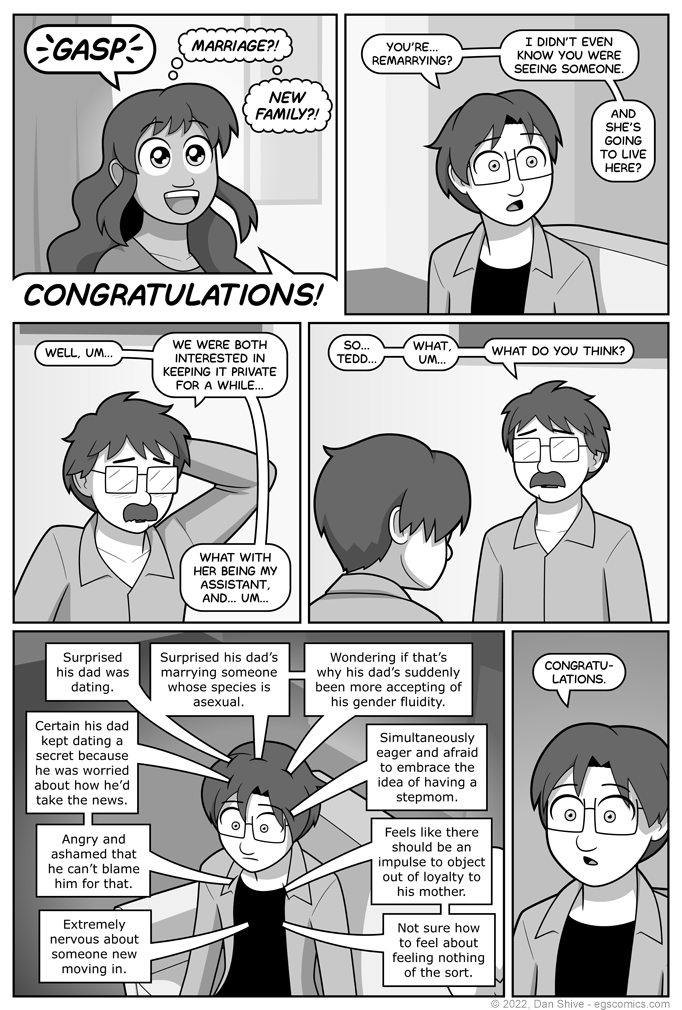 Schedule: I'm not planning to have a sketchbook this week, and I'm not sure when the next one will be. I want to have them regularly, but after two weeks with only four story pages, I want to prioritize getting back to three a week.

This way, we can conclude this arc, I can take an actual break, and then get a proper production practice going.

Tedd has a preference for contextual pronouns, but is okay with he/him and they/them pretty much all the time.

That said, if Tedd has chosen a feminine form, and someone uses she/her along with feminine terms, it will make Tedd very happy.

The only reason Tedd doesn't like she/her when in a masculine form is sensitivity to a history of being androgynous.

Grace would normally have the presence of mind to know this would be a lot for Tedd to take in, but she's just learned she's getting a new mom AND someone to connect with about uryuoms, so hopefully that's understandble.

And yes, let's not kid ourselves, if Edward marries Lavender, that is a new mom for Grace.

I debated whether Lavender should be a former assistant at this point, and realistically, she probably shouldn't be.

(Or a lesson as to how to tell your kids you're remarrying.)

(It's probably a good bet that you should carefully consider the actual real world merits of any choices these characters make before emulating them.)