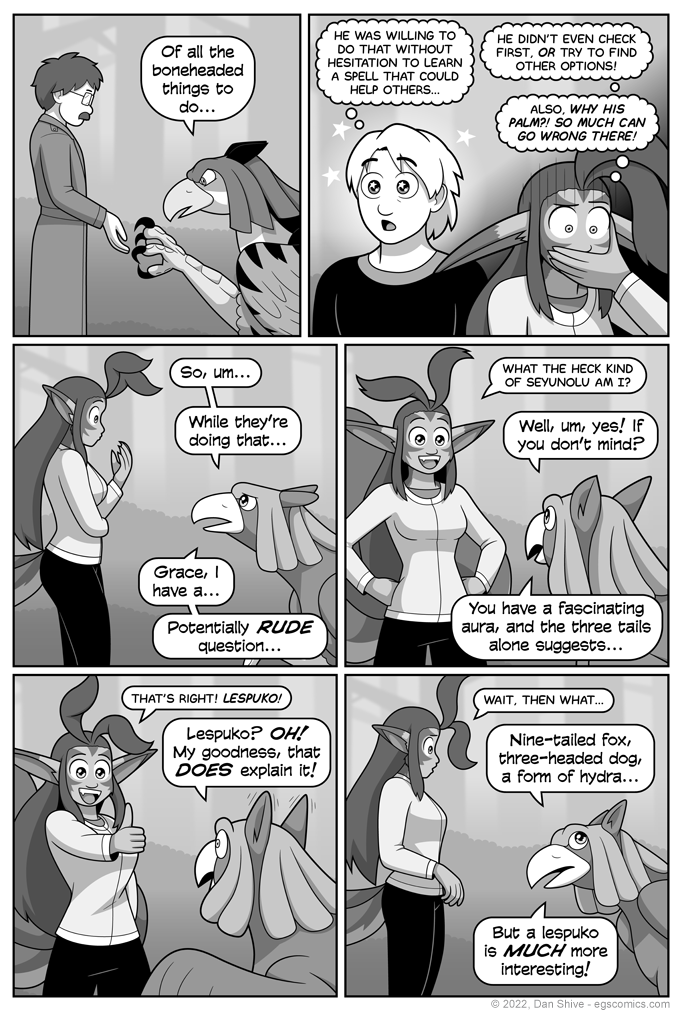 "Also, why his palm?! So much can go wrong there!"

In answer to "why his palm", it's because my mind has been forged in the fires of television, and I like Star Trek: Deep Space Nine.

In the distant space future of the series with technology beyond our wildest dreams, people proved they weren't shapeshifters in disguise with their blood, which they provided by, well... You can guess in context.

Which, as it turns out, was an ESPECIALLY terrible idea! It's been suggested that palms are only commonly used for such purposes in film for various special effects reasons, and characters being overly-dramatic fools.

So I learned something that, in retrospect, should have been obvious, and since I am in no way invested in making Edward's decision look sensible*, this is going to be pointed out in the comic itself.

* Edward's motives are good, but as is being pointed out, however, there are problems with the specifics of how he went about it.

By "check first", Grace means Edward did not check with Andrea or Tara before making their healing services necessary. Edward did ask if they'd show him their healing magic, but that's not what Grace is referring to.

Speaking of Grace clarity, I think "what the heck am I" would be funnier than "what the heck kind of seyunolu am I", but I think the latter is potentially confusing given that the answer could be "seyunolu", and "lespuko" without the seyunolu context makes it sound like she's saying she IS a lespuko, not that she's PART lespuko.

I might have been a bit too worried about that, but hey, I've created a convoluted universe of nonsense, here. If three extra words makes what she's saying less confusing, I should probably toss those in.