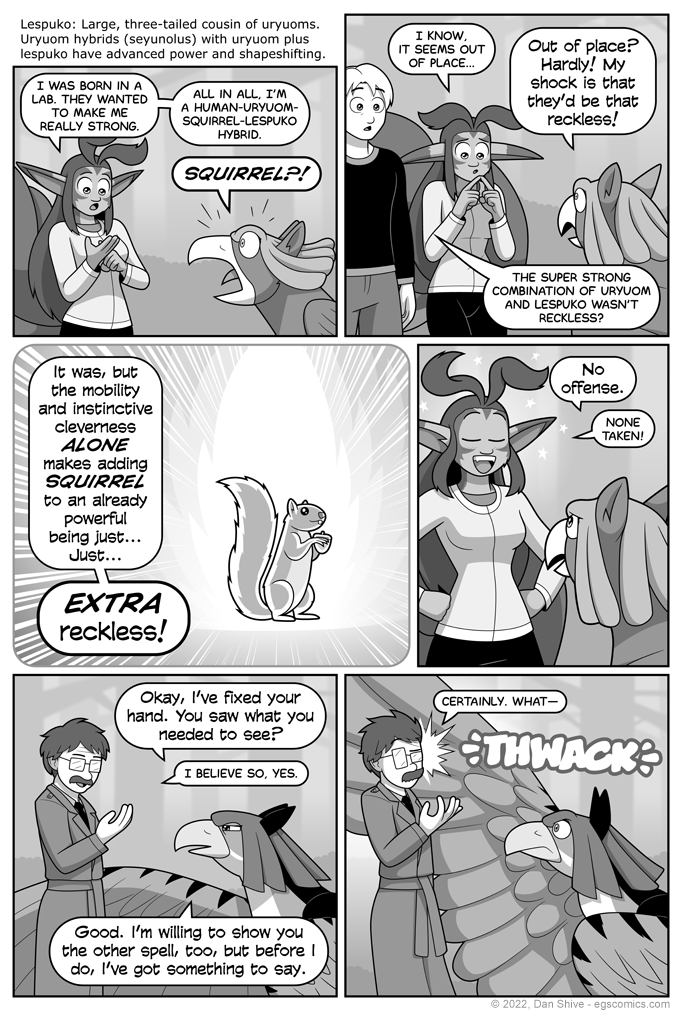 - Dream that shows a lespuko

Past me was just going to show Andrea talking in panel three.

Past me was a FOOL!

Andrea's reaction to squirrel is only half-silly. Squirrels are genuinely ridiculous, and if you were to apply comic book logic to giving someone squirrel powers on top of other powers, well...

That's just not FAIR, is it?

Granted, that's true of a lot of animals.

Not koalas, koalas are a disaster, but a LOT of animals.

"You look like you have something to say. Do--" THWACK

Fortunately, Edward is not weak to flying type, or that wing attack would have done a lot of damage.