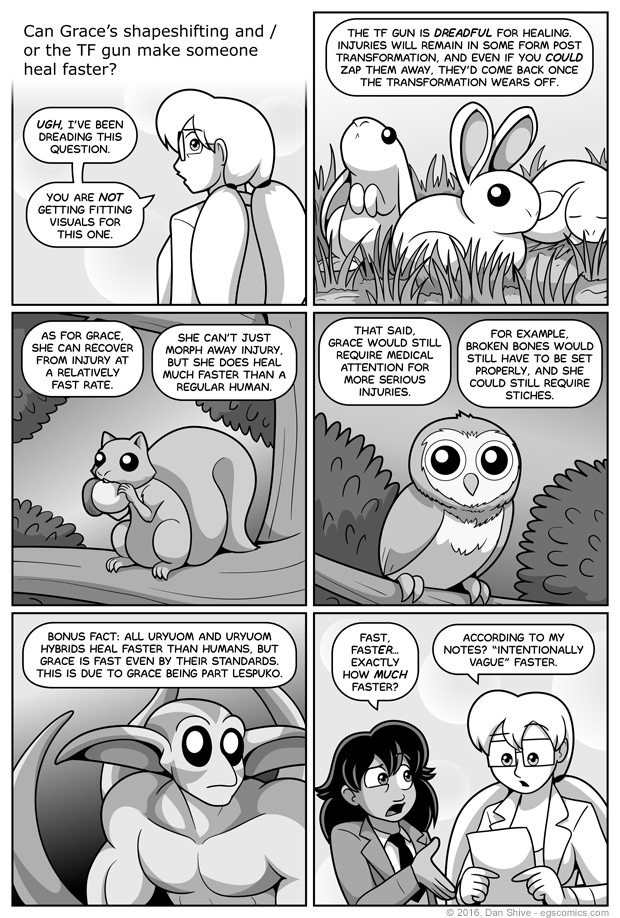 I was really interested in answering this question but SO didn't want to draw anything resembling proper visuals for most of it.

I mostly wanted to establish that the transformation gun could not be used for instant healing, and that shapeshifters can't just morph-heal from every injury in THIS comic. They might heal fast, but broken bones and such still need to be set for everything to go properly, darn it.

I feel this does raise questions about certain fast healers in other media. I know Wolverine of The X-Men usually has nigh-unbreakable bones, but he was without them for a while, and during that while he got run over by a vehicle (I think it was a truck, but it's been a while), and just shrugged it off with regeneration. I can't help but think that healing that quickly with everything misaligned would be... Problematic, to put it lightly.

You can  probably see why I went with cuddly animals for the visuals in this comic.