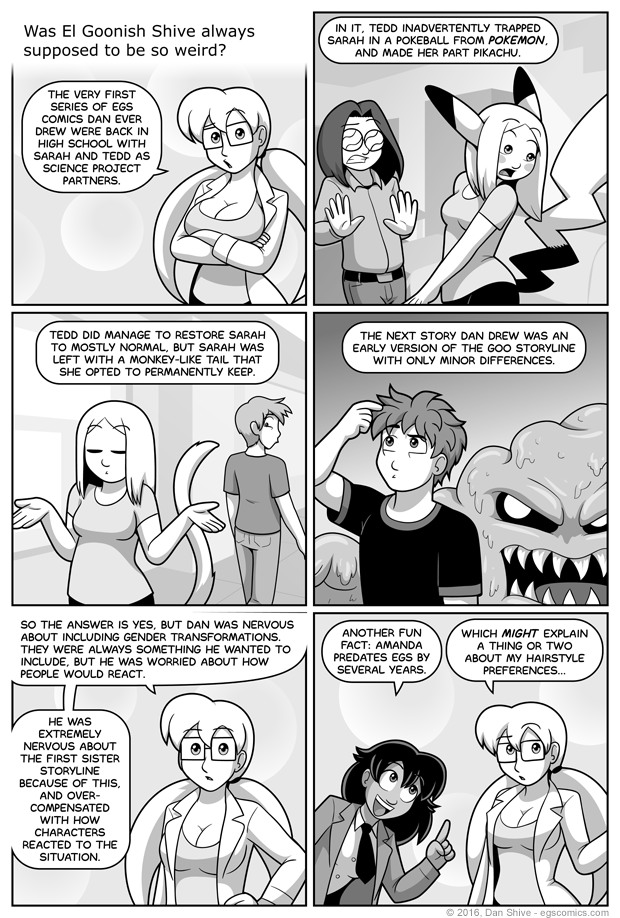 I don't believe any of this is new information if one has read through and memorized all the commentaries / things I've said elsewhere, but just look at that old style Elliot hair! Ha ha I had no idea what hair style to give him.

I believe I first drew Amanda in Junior high, and as evidenced by Elliot's old "what the heck even is that" hair, I didn't have much range with hairstyles even a few years after that (one could argue I still don't, but quiet, you).

I have no explanation for why Sarah was originally going to wind up with a permanent tail beyond "tails are cool". As for why she wound up being part Pikachu for a bit, this was high school teenager me we're talkinga bout here. Of course someone wound up part Pikachu.

And yes, Pika-Sarah could shoot electricity. She could also only say Sarah, which was a bit of a problem. The whole thing wound up being the basis for the incident between Tedd and Sarah in which Sarah wound up as a catgirl for a bit.