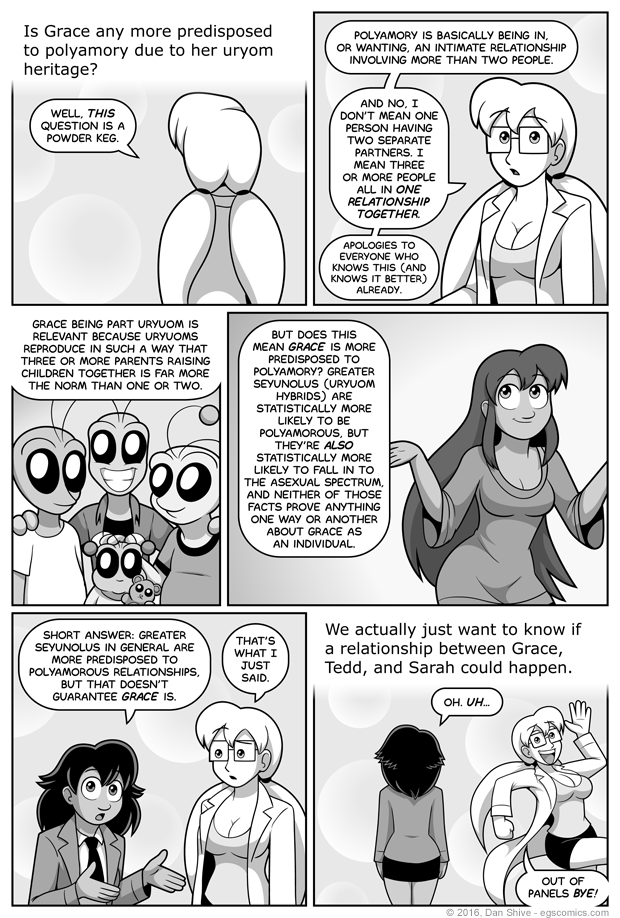 Granted, I can't be 100% sure if the person who asked this had what's said in the last panel in mind, but I know for a fact that's what a lot of readers who would ask something like this are most concerned with.

Amanda's apology in panel two is a result of me knowing full well it can be frustrating to have something one already knows explained to them, and doubly so when the person doing so is not an expert (Amanda and I do NOT claim to be experts on Polyamory).

I felt as though this question put me in something of an awkward position, as I did want to address the things talked about in the comic, but I didn't want to give the impression that Grace is polyamorous by default just by virtue of being part uryuom, or that her being part uryuom would have to be the reason for it if she was. There are plenty of people who are polyamorous who are, I assume, NOT part uryuom, and that doesn't need to be the explanation for Grace if she is.