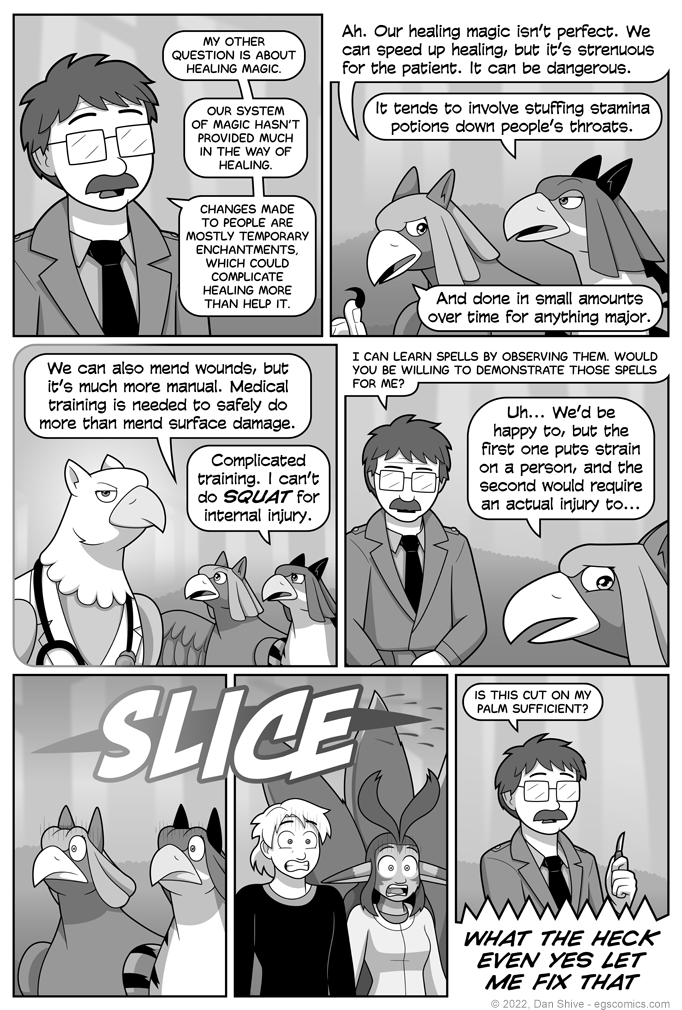 Firstly, thank you everyone for your support and patience this past week. It was greatly appreciated, and reduced a lot of stress.

It also told me that I can take time off if I feel the need without it being a disaster, which I also really appreciate. It sometimes feels like that's an unacceptable thing to do, which isn't how things should be. Humans need rest from time to time, and it's good to know I can get that rest if need be.

That said, I'm hoping to not take any more breaks before this arc is over.

No cookie LATER when it would have no medicinal benefit!

At one point, my plan was simply for Edward to observe Elliot being healed, and learn something from that, which would have included a similar "what the heck even" moment eventually for the purpose of demonstration instead of for learning.

That, and I didn't like the idea of Edward holding a conversation with Liam while standing at a distance from Elliot and Tara, and just being able to casually learn the spell in.

Also, since I decided Edward hadn't really been injured, and Tara chose not to use the spell mentioned in panel two on Elliot, Edward couldn't surreptitiously learn that one, either.