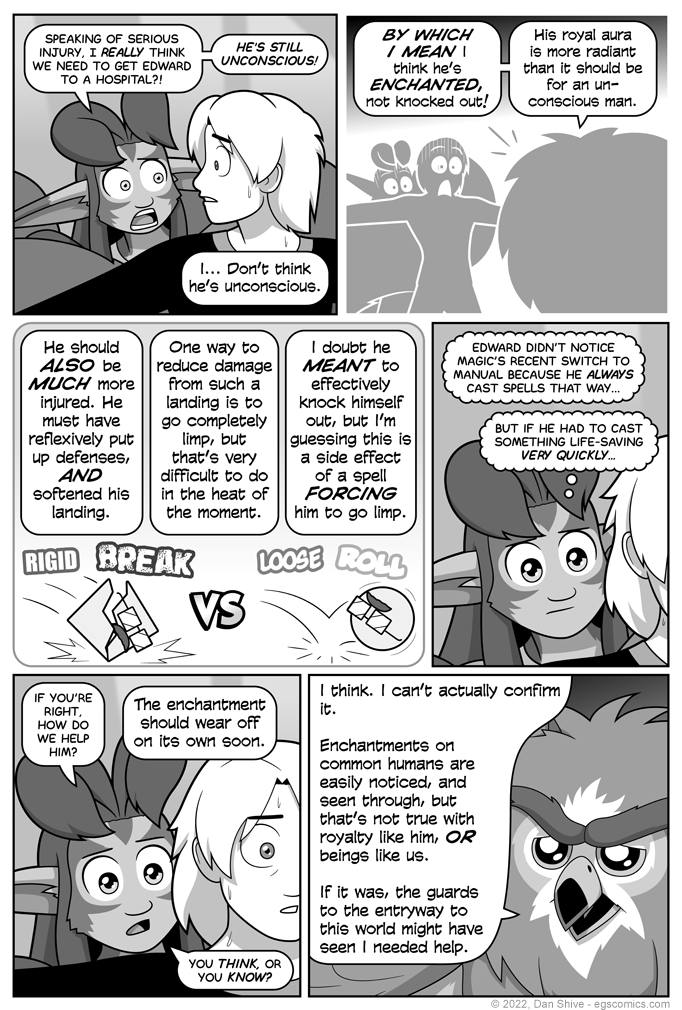 Original Version (I changed how the griffin's text looks)

- Edward not having trouble with his magic (before now, anyway)

I legitimately wrong "I... don't think he's unconscious" without any thought for how it could be misinterpreted.

It didn't take THAT long for me to realize "oh my!" and rework panel two around horrified Grace and Elliot, but it's still very "me" for that realization to not be immediate.

I had planned more elaborate visuals for panel three involving stick figures, but I found it really awkward to convey what I wanted in a single panel.

Because of that, however, we get basic shapes with Mr. Verres mustache and glasses, which might well be for the best.