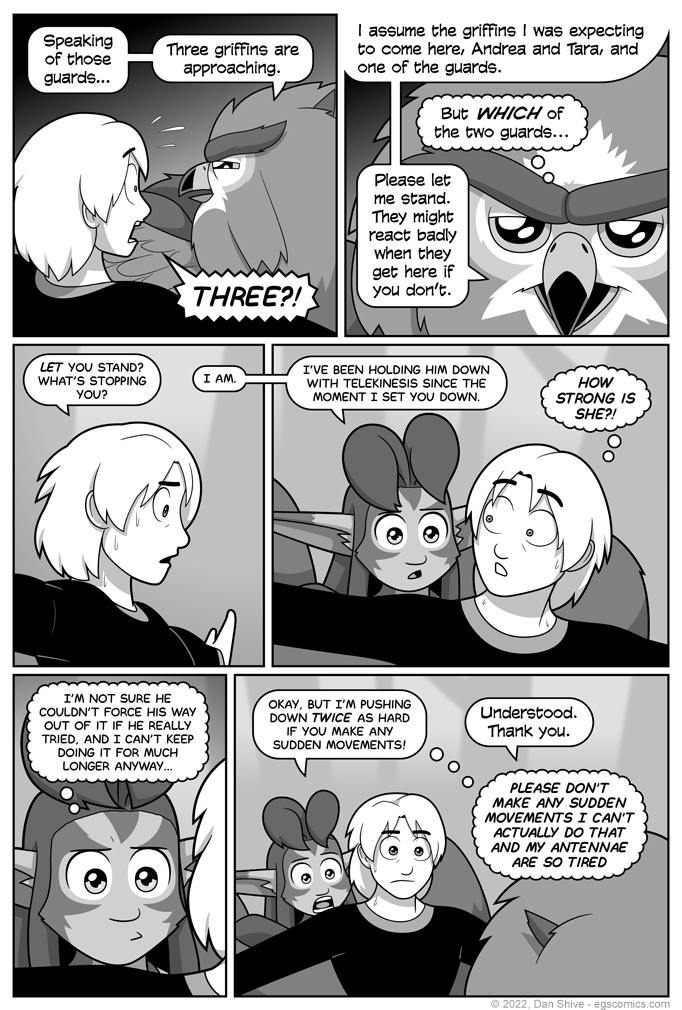 What, you thought Grace just trusted the griffin?! GRACE IS COLD-BLOODED AND CALCULATING!

I changed how the text looks for the griffins to something much easier to read in large blocks of text. I like the old look in small doses, but I originally chose it as a joke, and I don't think it was the best choice to stick with it for general griffin dialogue when it turned out they'd have tons of stuff to say.

To me, the big thing is that it looks different from normal dialogue, and I think that's pulled off in part simply by there being lowercase.

I know plenty of readers will be reading this and think "I could read it just fine before", but it doesn't make sense to me to make reading griffin dialogue an issue for some readers when I could easily use easier to read text. That just feels nonsensical to me.

It's possible I'll change it up again in the future, but for now, this is what I'm going with so I can focus on moving forward, and people can comfortably read griffin speak.