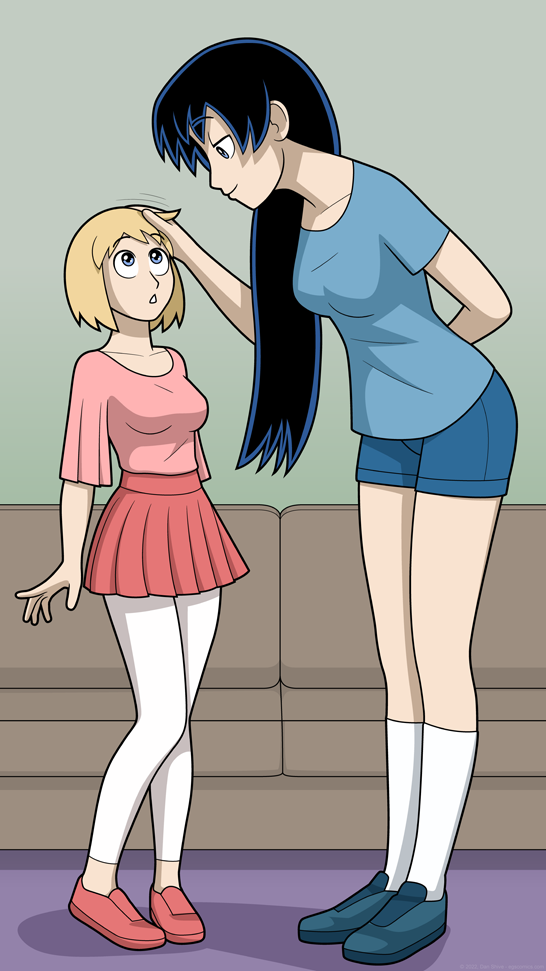 I'm not entirely sure what the in-character plot explanation for this would be. Susan was already taller than Diane, so she could already joke about being the big sister (even though they're not sisters).

She's also petting Diane's head, which could simply be evidence of progress with being okay with physical contact, but did she need to be twice as big for that?

It's all very mysterious.

And the FACT that it's THIS mysterious makes me assume that another character is imagining this. Sarah? Elliot? Rhoda? Catalina? Jeremy?

There's no way this isn't mysterious, is there.