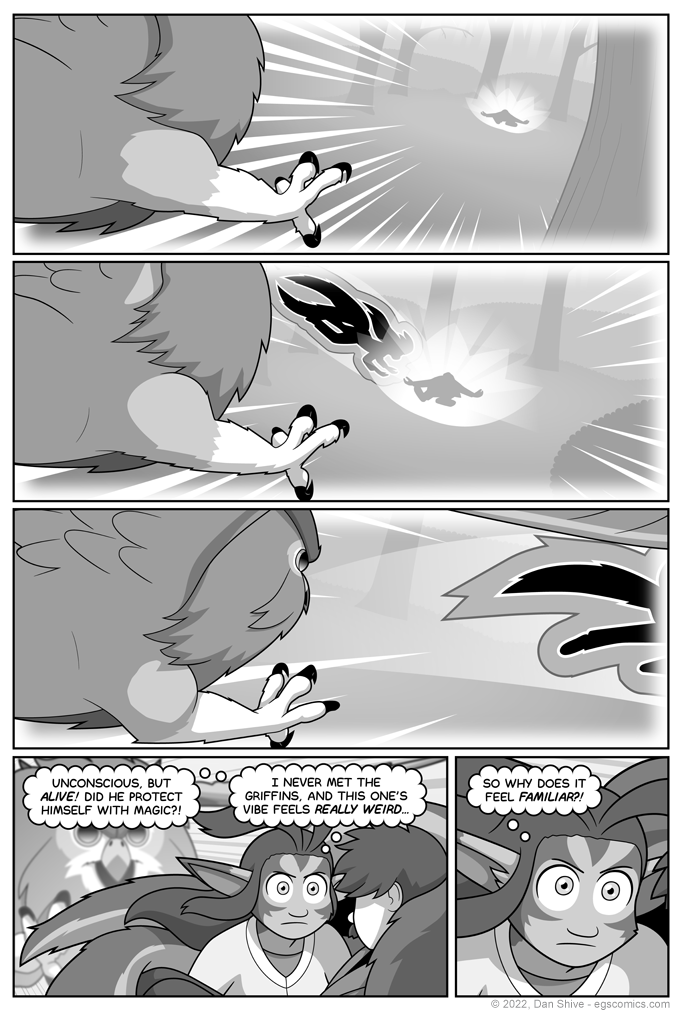 Grace has all of the adrenaline right now.

Also, part of me wants to have the griffin say "hey..." in a very understated way in panel three.

I originally imagined this page as four panels ending with Grace flying off with Edward, but I realized that made the griffin feel way too slow. So I found myself with 3/4 of a page planned on the day I was making it.

Fortunately, I had something I wanted Grace to think about, and I was really stuck on where to put it. Oh hey, panel space I've got to fill.

Oh, and in-comic confirmation of Edward being alive, which I suppose is good. It honestly feels a bit too much like exposition to my liking (I obviously have very high standards), but it's one of the few ways I was going to communicate this without having the unconscious person say something.

Granted, the glowing, and continued aggression of the griffin, were decent clues, but I'm trying to communicate clearly over here, and my goal isn't for people who don't read the commentary to be guessing about that.

I really had no idea how Grace could safely fly a completely limp, unconscious Edward around. Then I remembered she's a shapeshifter with three very flexible tails, so... Yeah.

Ed's got a lot of support right now.