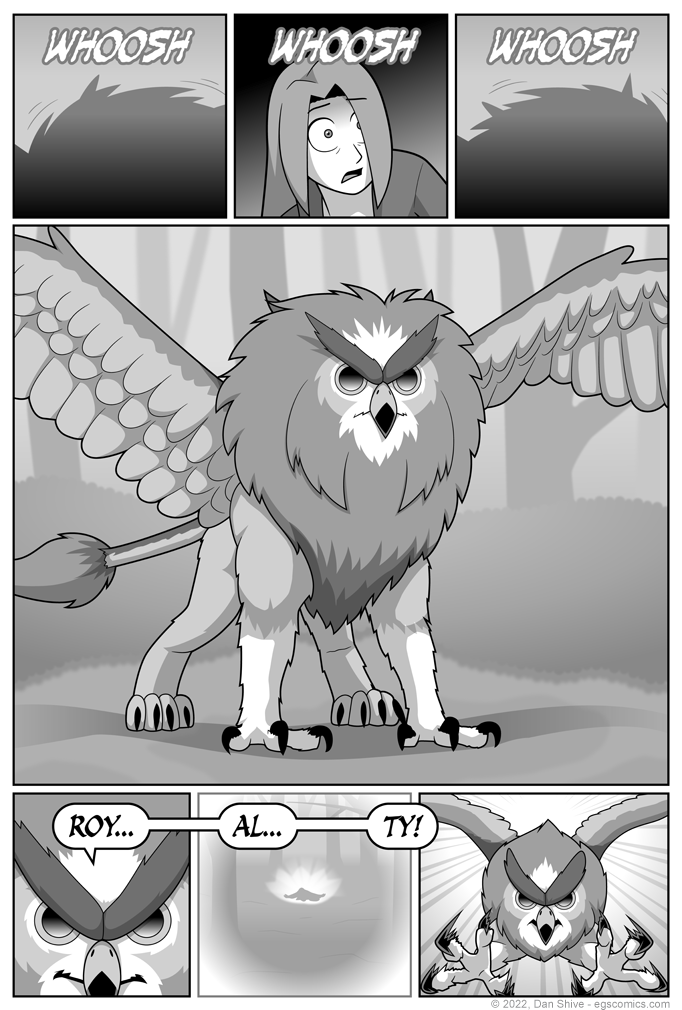 And yes, sorry about doubling down on the cliffhanger weekend with an ominous lack of commentary. And a preview image that was just a black circle. And various doom flags that I totally knew were doom flags.

It does, in fact, appear that Mr. Verres is alive, though he's not getting up under his own power any time soon, and there IS a giant Lion Owl Griffin flying at him with talons extended.

This is one of those "I've been waiting years to have this guy show up" moments. I figure, if you're going to have cat-bird beings, you should be able to combine variety of different birds and cats.

From an imagination standpoint, I mean. There are probably pretty reasonable arguments for why a species wouldn't just be full of random mixes of other animals.

Granted, an African Lion is a pretty obvious choice, but part of this guy's job is to be a big boy, and a lion's mane makes him look like an even bigger boy. Someone else can be a more obscure kitty-bird.