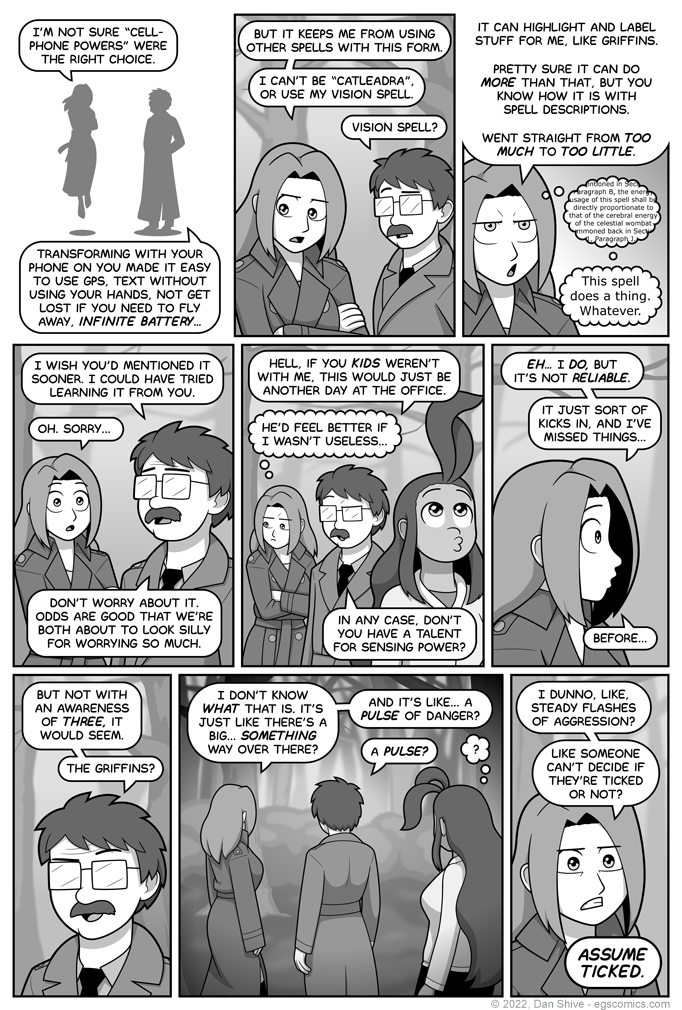 - Stuff about Cheerleadra stats, including Awareness

I might add more references to this commentary later. It's late as I type this, and there's a lot I could hunt down. For now, I will say that the vision spell, phone, sensing things, etc, are all previous established nonsense.

So Much To Say

I'm not sure this should've been one page. Long term, it's probably best as one page, but I tried to put this much on one page for the sake of pacing, and then I wound up having to edit the writing for... Well, a LOT of things, and this page got delayed.

Delays aren't good for pacing, either.

Incidentally, the word count went down by a significant amount. I was originally planning to cram more text than this onto one page.

I could never show actual spell book entries in their original, complicated form. This was because nothing I could possibly write could live up to the established perplexity.

That said, panel three is Elliot's imagination, so enjoy:

"As mentioned in Section 2, Paragraph B, the energy usage of this spell shall be directly proportionate to that of the cerebral energy of the celestial wombat summoned back in Section 1, Paragraph J..."

It's INCONCEIVABLE to know exactly what Elliot is sensing yet, as there is not enough information to do so. A wild guess could be right, but it's probability is inconceivable.

I'm quite certain I know what that word means.