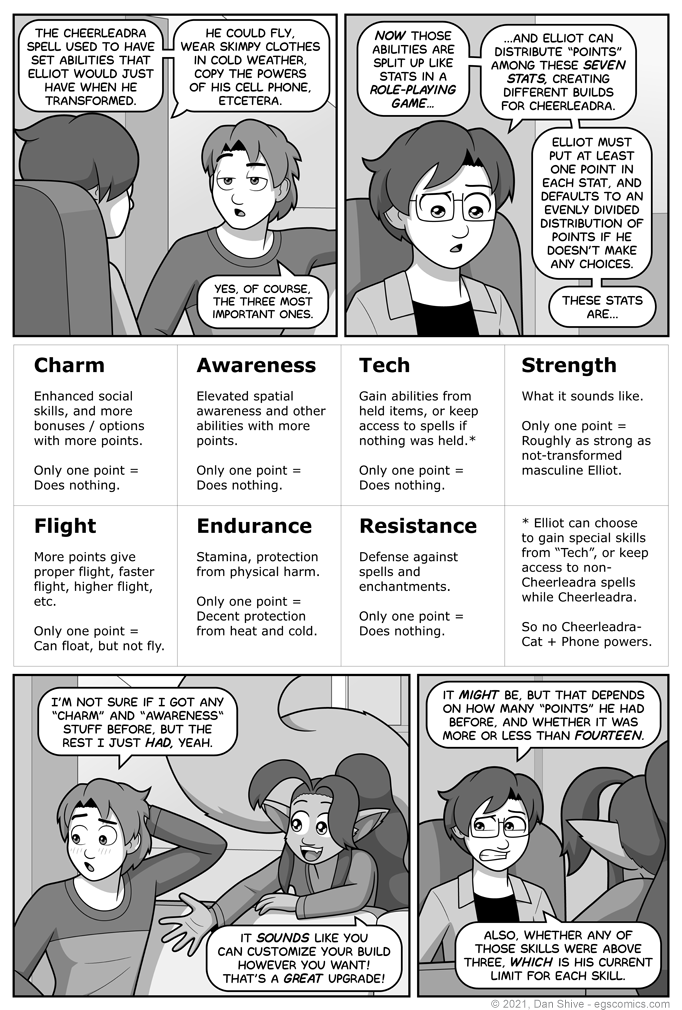 This nonsense with Cheerleadra is what initially convinced me that, yes, I should figure out how to make these changes work in the story. Not because the Cheerleadra spell specifically is so fantastic, but because of the potential in general to do more with spells without simply making them more powerful.

I had planned on visuals to accompany each skill, but then I realized just how much space the text alone took up, and that was even before I decided to include the "only one point" details. Those were originally going to be brought up in dialogue on the next page.

Then I realized I was stuck with too much text on this page for nifty visuals, but not enough to fully fill the space, so more immediate details in an easier to find again place. Huzzah.

As for those visuals I had planned to go with each skill, I think they'll be a bonus page later, possibly between the end of this part and the start of the next. For now, I think it's best to keep things moving.