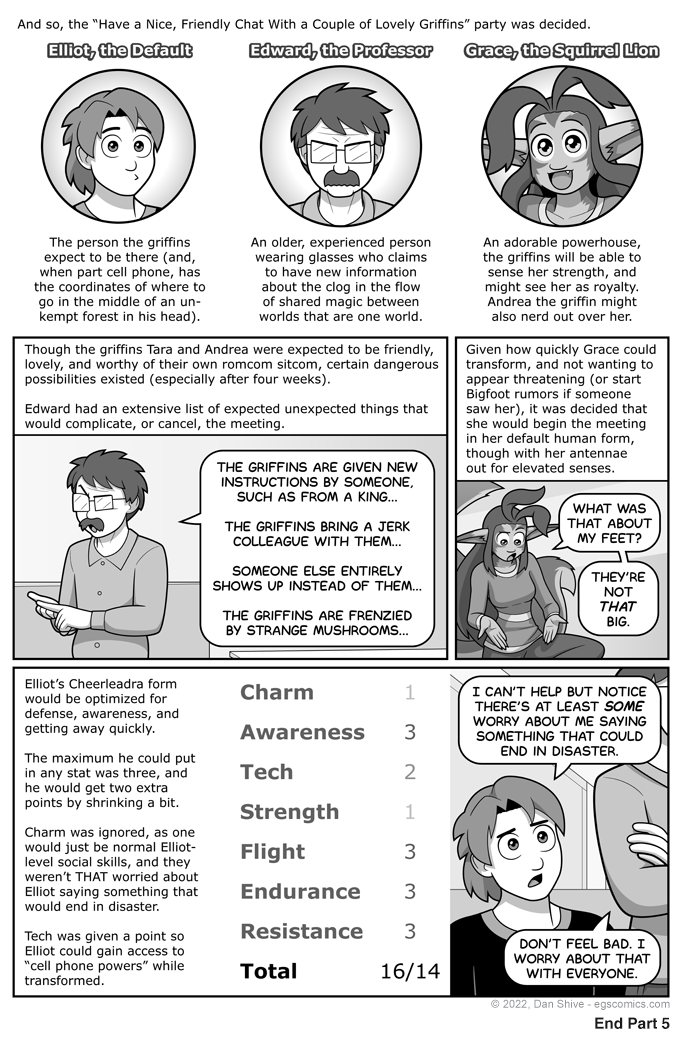 - Two sides of the same reality

And just like in Fallout: New Vegas, Charisma is the dump stat.

(Seriously, in that game you could have Speech 100 and talk your way out of anything that allowed it while having the Charisma of a literal brick.)

MEANWHILE, AT THE BASEMENT OF TEDD VERRES...

I considered the amount of discussion it would take to get through all this without narration, and my response was "no."

Granted, some of this page is (hopefully amusing) recap, but that's part of why I wanted to break out narration, because they definitely would repeated themselves a bunch while making these plans.

Grace with tails and antennae is so relatively complicated that I've started putting putting her tail(s) and antennae on separate layers. One advantage of this is I can easily add subtle highlights and shadows to her tail for additional contrast between, um, "foreground Grace" and her tail(s).

Granted, this won't always work. Sometimes her tail(s) overlap in front, and her antennae might be doing a thing, but for the most part, this makes including such elaborate Grace forms much easier.