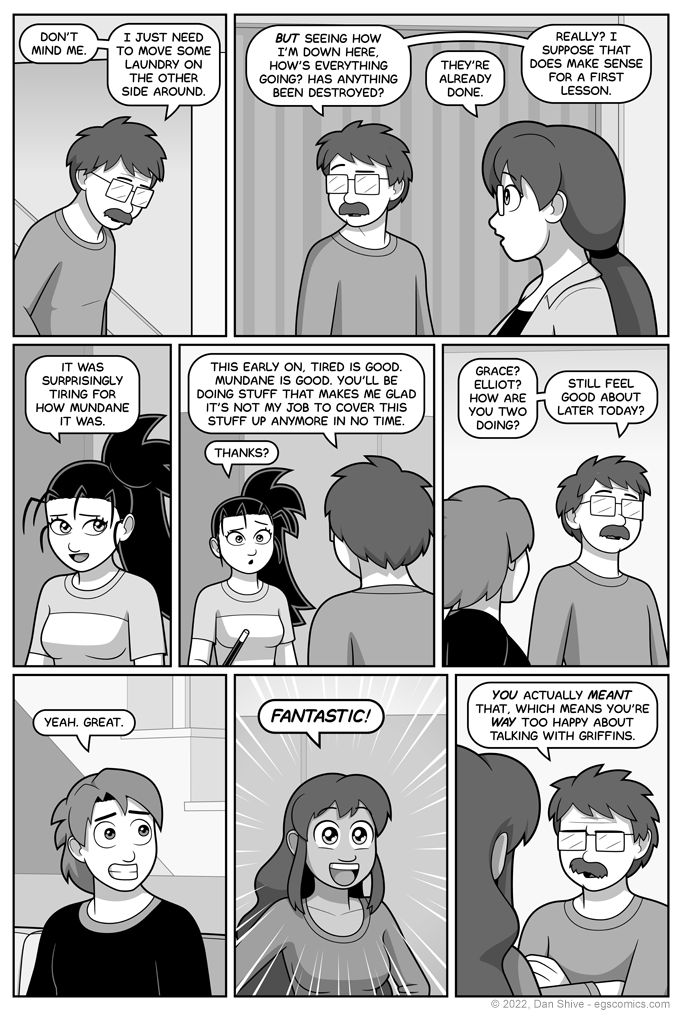 Given the decision to give the Balance arc a more narrow focus, I considered postponing Ashley's training with Kevin, be it in-universe postponement, or a flashback later.

While time spent with Kevin himself (most likely) remains tangential, I sorted out how to make this time on Saturday before the griffins on-topic (and full of things I'd already intended on having in some form or another).

This way, no Kevin postponement in-universe, no need for a flashback later, and Kevin training Ashley is a thing that's properly in motion now.

There ARE some things that have been postponed in-universe that were more tangential than not, but hey, storylines for later.

One of those things is Ashley and Elliot talking to Liz about magic and Cheerleadra, which I think is one of the most natural postponements of a storyline there has ever been.

While it's true that Ashley wants to open up to Liz, it is 100% realistic that both she and Elliot would procrastinate the heck out of that.

What's also convenient is that's doubly true for Ashley BEFORE her first bit of training with Kevin. Being uncertain about things tends to make them more awkward to discuss, and not exactly knowing what she was in for with wizard training made it all the less clear what she'd even say about her being "a wizard". It makes perfect sense that she'd at least be a little more ready to talk to Liz after this first lesson.