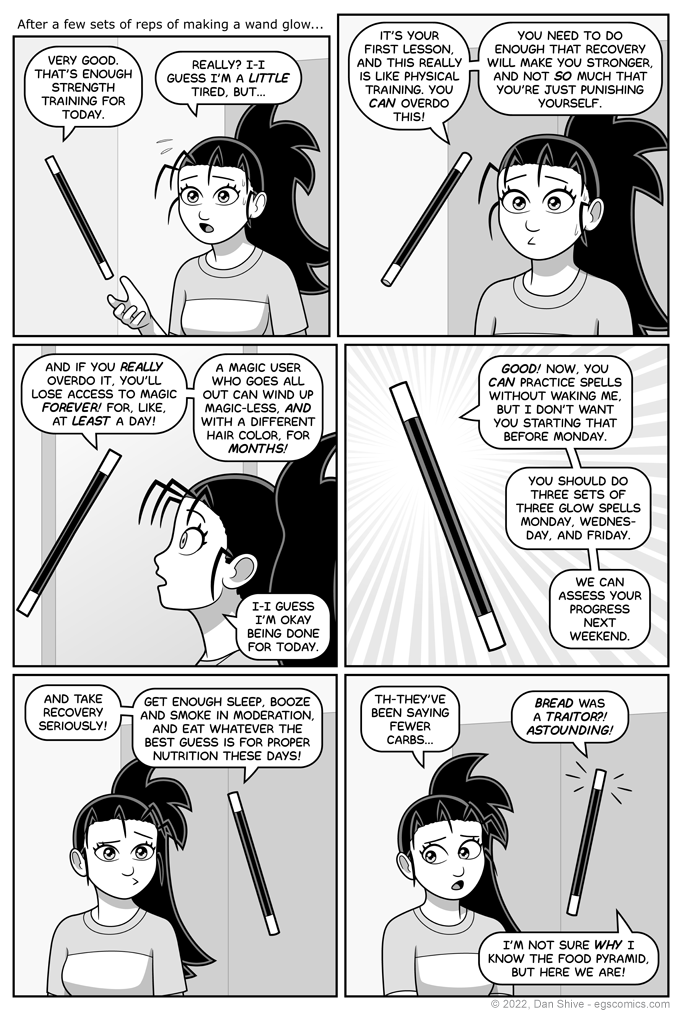 Speaking of rest, I was VERY tired the day I made this. Various things contributed to that, and those same things delayed when I was able to work on it.

Put another way, this page not being delayed until Monday is 100% because of Kevin. If this were not a Kevin-heavy page, I would have said "NOPE" and fallen asleep somewhere, possibly before telling anyone that was the plan. I would have woken up to bafflement and rage, but thanks to Kevin, that fate was averted.

With Kevin praise out of the way, here's a fun fact: This page didn't originally end on the food pyramid bit. That was originally in panel five, and panel six had the instructions now found in panel four. Despite my fatigue, some part of my brain realized this was not ideal, and rewrote things just enough to get that juicy condemnation of delicious bread in the last panel.

Incidentally, I had breadsticks with my dinner.

Also, Arthur was probably planning to have non-sentient talking Kevin give generic nutrition advice to students, but never finished given how the actual thing he was going for wasn't working.