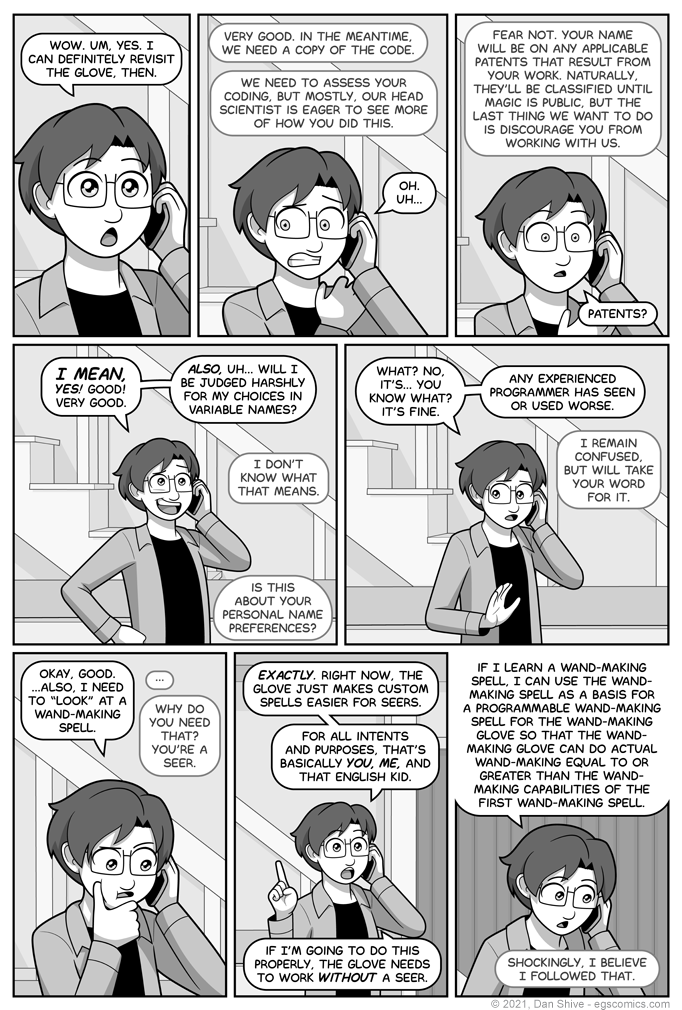 I'm pretty sure the logic of Tedd's dialogue in that last panel adds up, but I get dizzy just looking at it, so here's hoping I'm right about that (and also here's hoping it's redundant-but-amusing after the panel before it).

It's been established that there are five seers who know they have magic, and two out of that five were excluded from helping with the decision about Magic's change because they'd been a bit too successful at their research. Knowing there would be a meeting with the Will of Magic meant one could not be involved in it.

Panel three is one of those technical details I could have left out until if and when it became relevant, but it would've bothered me it I didn't address it here. It also would've bothered some readers, too, as I saw some concern about that. This isn't me responding directly to that, I'd already planned it, but it's nice to see some of us were on the same page in that regard.