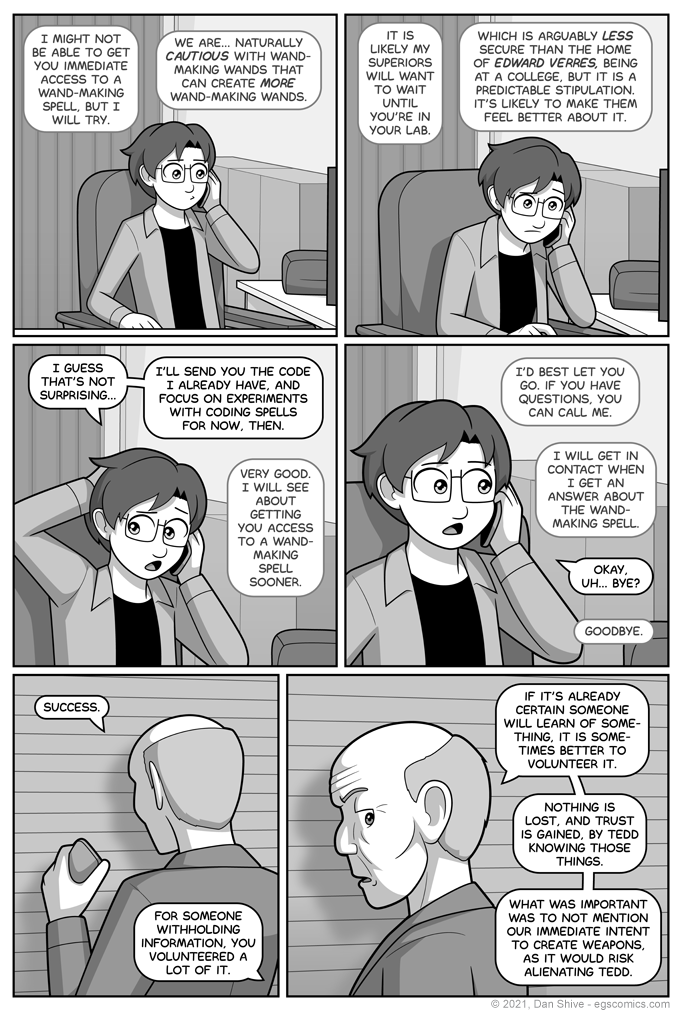 On second thought, let's not wait until Monday. It is a silly day.

I had intended to make this the last story comic page before Christmas, and to take Friday and Saturday off from posting new comics.

This, however, is the second-to-last page of this scene, and I really don't like the idea of waiting until Monday to finish it.

As such, there will be a story comic Friday, and I will instead take Monday off. Frankly, this works better from both a personal life and comic creation perspective for several reasons, so huzzah for that.

To the point, we will learn who Arthur is talking to before Christmas. Yay!

I mean, maybe yay? I guess it depends on who the heck that is.