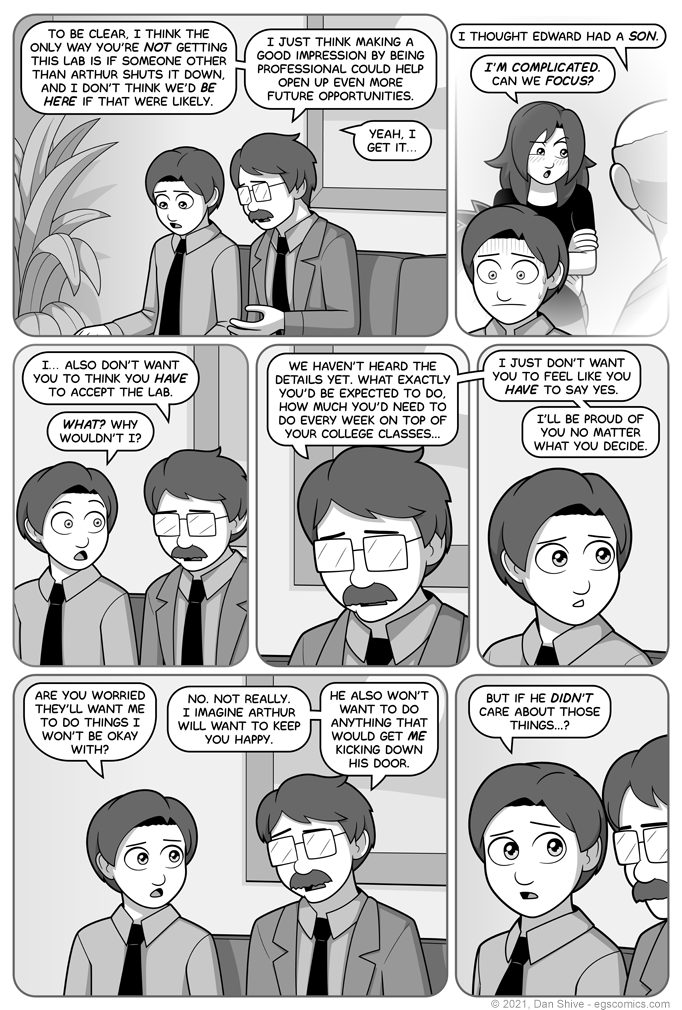 I've been eager for what is basically this flashback scene for a long time. I say "basically" because it's been so long that what I originally imagined barely resembles this scene. For one thing, I used to imagine this scene happening at Tedd's house.

The main points about Arthur, Edward, and how Tedd feels about them are unchanged, however, and have been a long time coming.

There are many reasons for this scene not being done earlier, but the main reason is simply I didn't want to feel like I had ended Sister 3 only to do what would have felt like a prolonged epilogue immediately after it.

As such, it got put off, and since then, I've been waiting for it to be adequately relevant. That time is now.