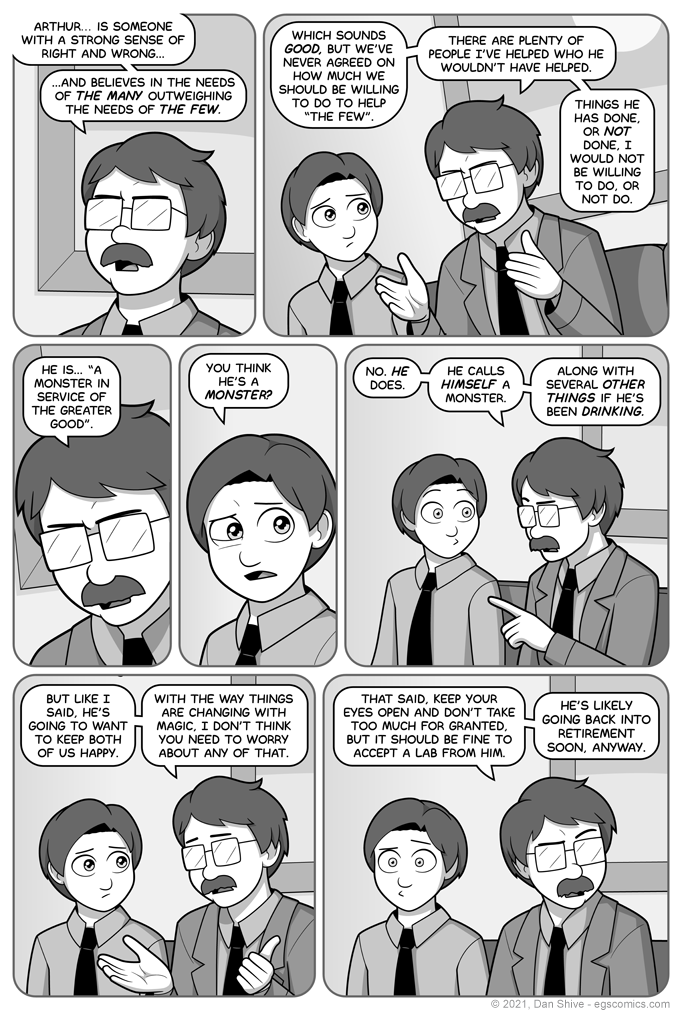 Incidentally, authorial intent is they're talking quietly here. The text isn't grey or anything like that mostly due to the amount of dialogue. I think that gets visually annoying if not used sparingly.

Just contextually, I hope people are jumping to the conclusion that Mr. Verres isn't loudly saying all this in a waiting area relatively close to Arthur's office.

Oh hey, it's one of those commentaries in which it feels like anything I can possibly say is a spoiler.

I'm not intentionally quoting Spock from Star Trek in panel one? That's just a legit thing with Arthur. If he can save the world by kicking a puppy, and trying to find an alternative solution would take time that might doom everyone else, by golly, he's going to just straight up punt that puppy into orbit.