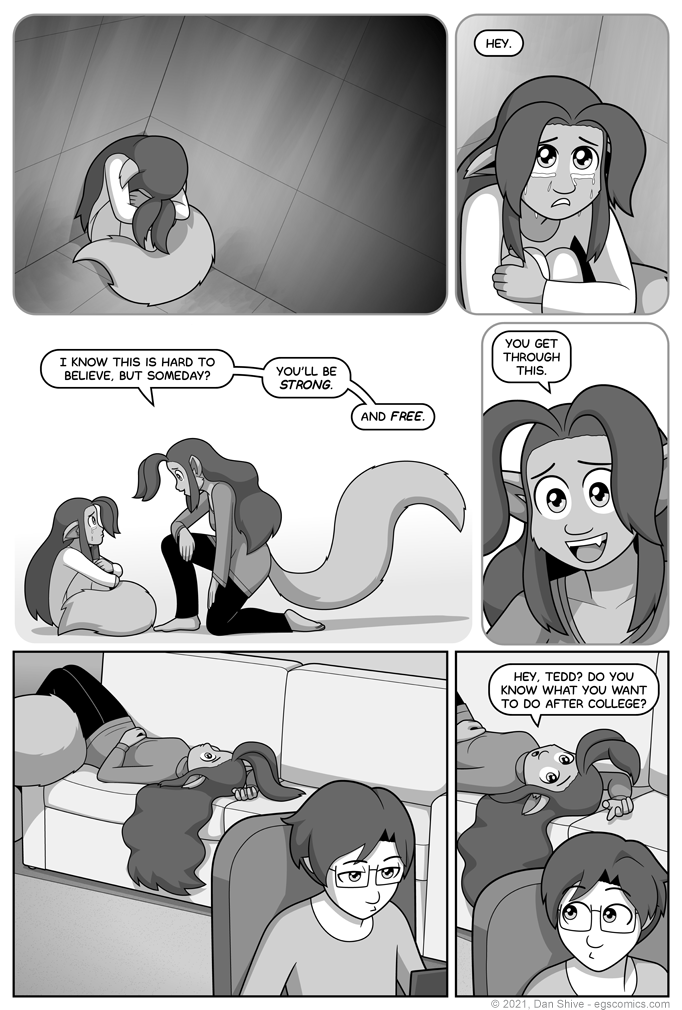 There are some ways visual mediums like comics have an advantage.

Like, that works, but there's something about just starting with the visual, and having what's happening implied as it's happening instead of established before.

Granted, I suppose in novel form, I could just describe things as shown, and establish that Grace was imagining it, never having to directly explain what she was imagining, and maybe that could work?