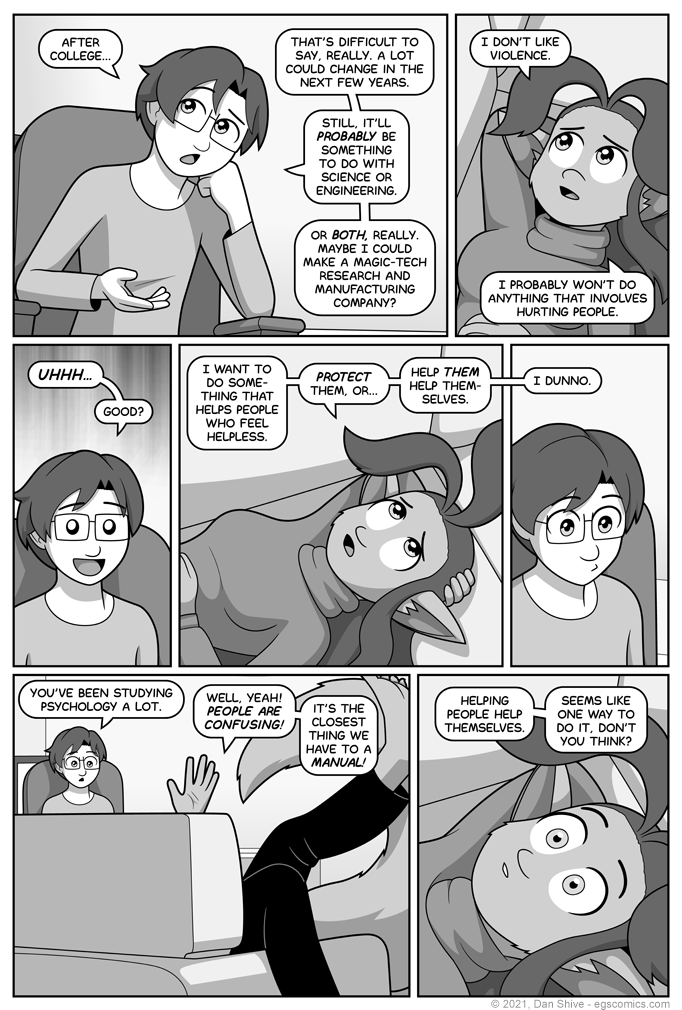 No, she's a therapist who is a squirrel.

"Seems like I could just talk to my cat and get the same results."

No, I mean, she IS a squirrel, but she's also NOT a squirrel.

Anyone who's played Final Fantasy 6 (aka Final Fantasy 3 outside of Japan back in the 90s) probably hears "Magic Tech", thinks "Magitech", and immediately respond with "TEDD, NO!"

It largely depends on how rad you think magic mech suits are.