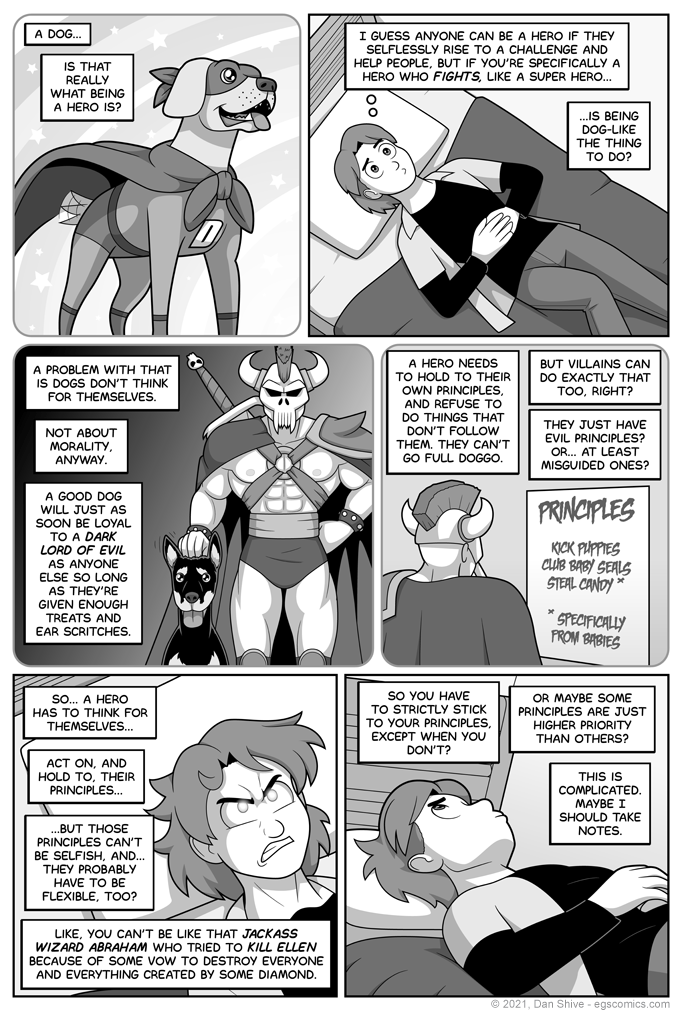 I had only really planned to draw Elliot lying on his bed, but then visuals happened.

Once I decided on fantasy panels, I hadn't planned on that outfit for the "dark lord of evil". I was actually looking up references for plate mail, and was considering how I could make it look spiky and evil.

Then I remembered I'm terrible at drawing armor and would need a lot of practice to draw what I had in mind, so we got this outfit instead. Fortunately, I was born in the eighties, so that outfit on a villain seems perfectly natural to me.

And yes, the principles in panel four do seem a bit contrary to what has evidently been achieved in panel three, but you can't have a list of stereotypically cartoonish evil things without including the kicking of puppies. Maybe he only kicks other people's puppies?