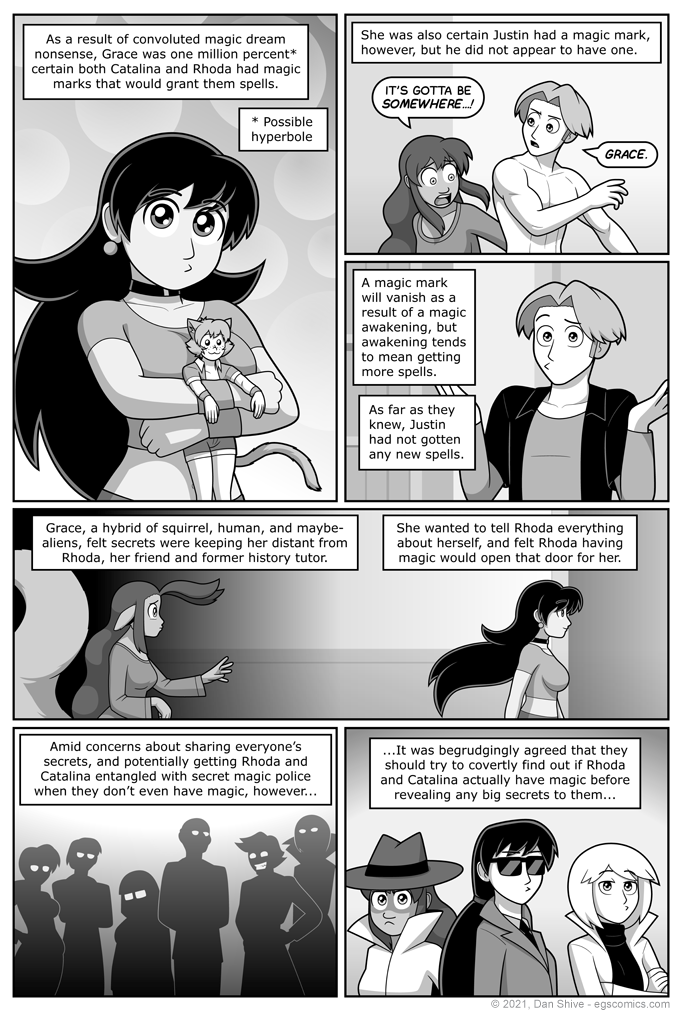 That said, I really wanted to draw Catalina being held like that. I was originally going to have her be normal sized, but when I decided I wanted to imply their magic abilities visually, this solution became obvious.

I leave whether panel two actually happened to reader headcanon, AS IT SHOULD BE.

This might not have been apparent when she was sitting, but she is one of the tallest characters in the comic.

Which is fine and good.

So much covered YAY!

I'll probably add some references to this commentary later. It was only after I got to the point of typing this late at night that I realized "ye gods, there's a lot being referenced, there is."

THAT SAID, hey, look at that efficient summary up there, all summed up and stuff without a five pages of trying to make a recap sound natural.

No, I'm not done treating narration in comics as some fabulous new invention yet.